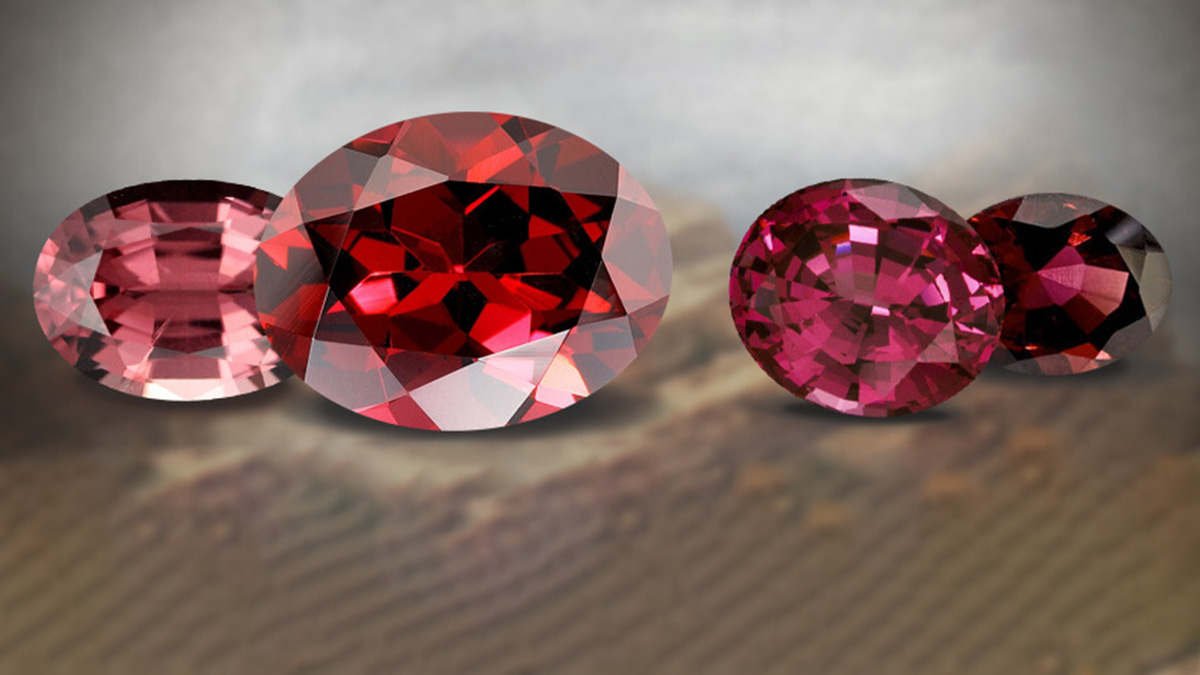 Birthstone Month:
Garnet is associated with the birthstone month of January.

Chemical Make-up:
Almandite is an Iron Aluminum Silicate. Color is determined by traces of Magnesium and Ferric Acid.

The name Almandite, sometimes referred to as Almandine, derives from a region in Asia Minor known as Alabanda, where the stone was cut and polished in ancient times. It is also known as Carbuncle, meaning “little spark” in Latin. Carbuncle was a term originally used for any gemstone displaying a strong red color.

Garnets are said to be the stone of romantic love and passion, enhancing sensuality, sexuality, and intimacy. It is said to awaken creativity, positive energy, and self-confidence, and can bring success to one’s career or business. Garnets have been thought to treat infectious diseases, blood poisoning, and heart and lung diseases. It is also a protective stone which is effective for protection from evil and nightmares and one that can be used for spiritual healing. Whilst Garnet is primarily associated with the root chakra, it is effective at opening either chakras depending upon the color of the stone in question.

Apache Tears, as well as all forms of Obsidian, are linked to the Root Chakra and the elements of earth and fire and are known to be powerful protective stones. They can be used to relieve muscle spasms, detoxification, and cleansing of inner energy.

Availability :
Apache Tears are both abundant and relatively inexpensive.

Sources :
Obsidian can be found in all areas where volcanic activity occurs, ahough for it to be classified as Apache Tears it must originate from a deposit in Arizona or New Mexico.

Common Cuts :
A gem cutter must be extremely careful when cutting and shaping Obsidian because some may have internal pressures that can be released whilst being cut, causing the stone to explode. Obsidian is not only cut into gemstone shapes but also is also fashioned into ornaments and stone tools.

Routine Enhancements :
There are no known enhancements for Apache Tears.

Care & Cleaning :
Apache Tears can be cleaned using warm soapy water and a soft brush. Care should be taken to avoid sharp blows because they are quite fragile and can chip or crack easily. Exposure to excessive heat and household chemicals should be avoided. Always store your Apache Tears jewelry in a fabric-lined box away from other harder jewelry items in order to avoid chipping and scratching.