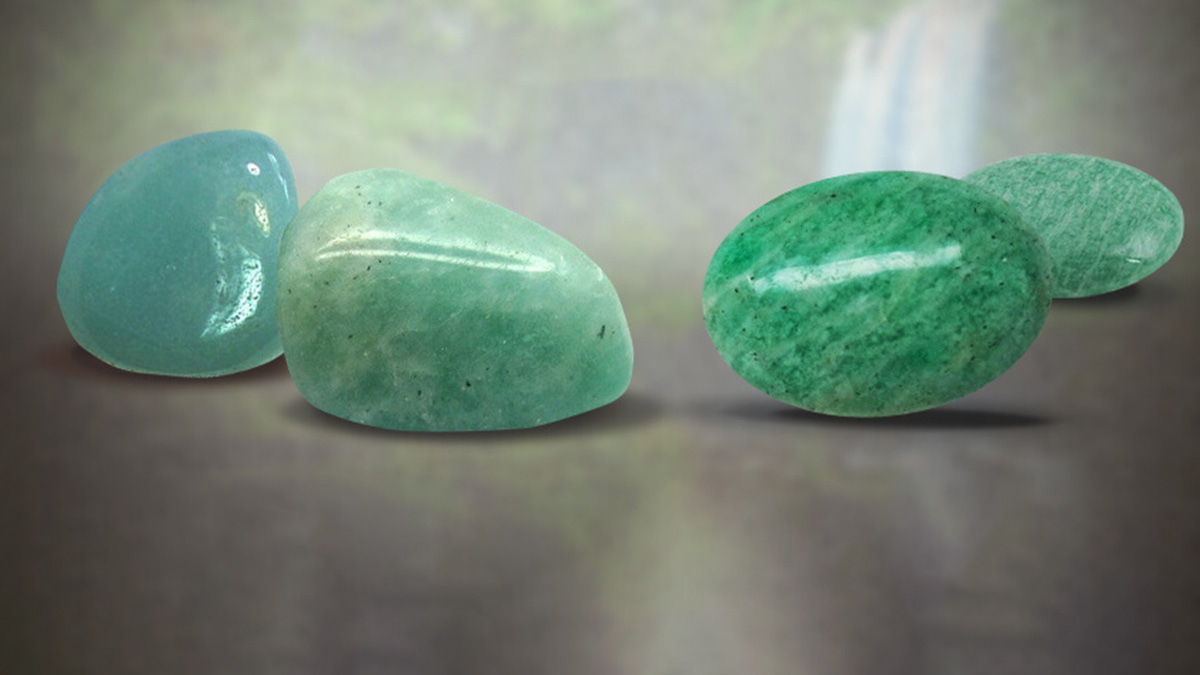 Birthstone Month :
Amazonite is one of the birthstones associated with the month of December.

Chemical Make-up :
Amazonite is made up of Potassium and Aluminium Silicate elements, with Iron impurities accounting for the green coloration.

Amazonite calms emotions and empowers the wearer with courage. Additionally, Amazonite enhances self-expression and creativity. In addition to this, Amazonite works on the throat chakra and is especially effective at aligning the heart and solar plexus chakras. It can also be used to control levels of calcium within the body.

Availability :
Whilst Amazonite is a widely available gemstone, it is relatively little known. This ensures that currently supply meets demand. Amazonite is priced very moderately and within all budgetary reaches.

Evaluation :
Amazonites are rated at 6 on the Moh’s Scale of Hardness. Amazonite is considered durable enough to wear everyday, but not an ideal choice for a Ring.

Amazonite is found in a wide range of green shades, ranging from yellow-green to blue-green. Amazonite is often mottled or striped with Plagioclase Feldspars, creating striking gemstones. In addition to this, although more rarely, Amazonite is also found within Quartz minerals where both have crystallized at the same time. This makes for some truly unique gemstones. Amazonite usually ranges from opaque to translucent, although it is rarely transparent.

Common Cuts :
Polished Amazonite used in jewelry is most ordinarily presented in cabochons or beads.

Routine Enhancements :
Amazonites are often impregnated with colorless wax, paraffin or oil, via a high temperature heat treatment which serves to further enhance the color and improve the appearance of the gemstone.

Care & Cleaning :
Amazonite is best cleaned using warm water, a mild soap and a soft cloth. Avoid any sort of contact with heat and acids. Do not clean Amazonite jewelry in an ultrasonic or a steam cleaning device.Store Amazonite jewelry away from other harder gemstones that may scratch the surface of this relatively soft
gemstone.