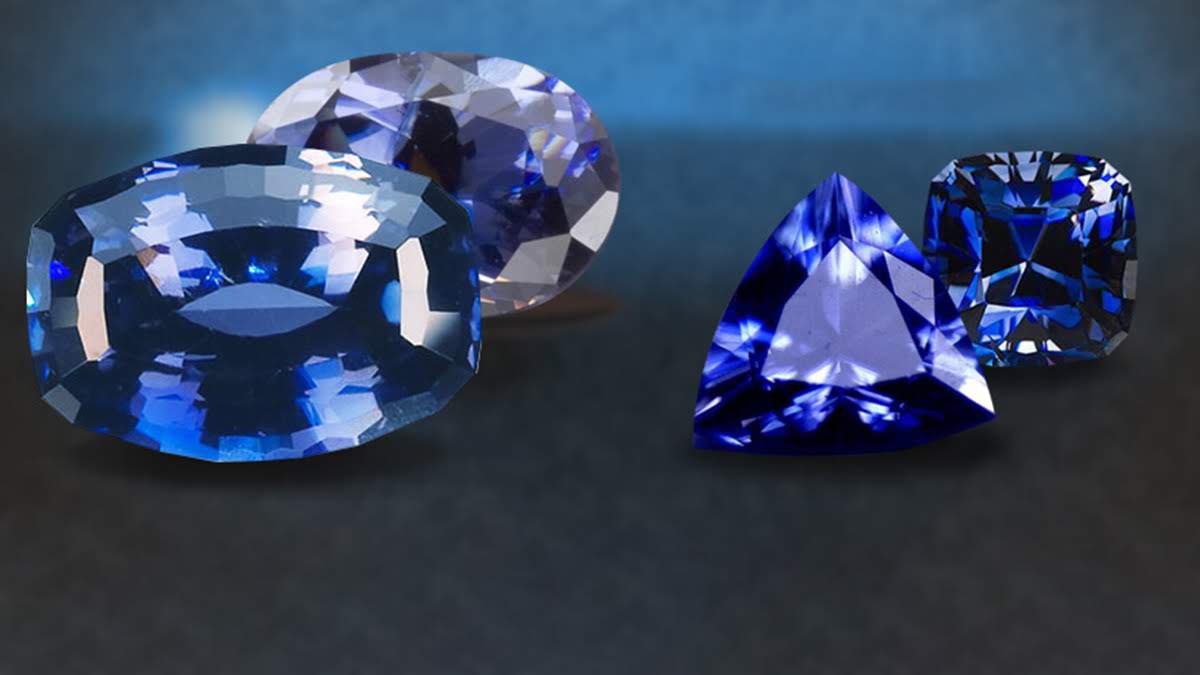 Birthstone Month :
Benitoite is not associated with a birthstone month.

Zodiac :
Benitoite is not associated with a zodiac sign.

Chemical Make-up :
Benitoite is a Barium Titanium Silicate. It is not known for sure which element causes the blue coloration, but it is generally agreed that it is either the presence of Iron or Titanium within the stone.

History & Lore :
Benitoite received its name from the location in which it was discovered, San Benito County, California. Benito means “blessed” in Spanish.

In 1907, two oil prospectors named L.B Hawkins and Jim Couch came across a blue gem that was initially thought to be a type of Sapphire. They had sent samples of the stone to George Louderback, a professor of mineralogy at the University of California at Berkley, hoping to gain a better understanding of their amazing discovery. Nearly a year later and after extensive x-ray studies, Louderback announced that a new mineral had been found. Decades later in 1985 it was announced California’s official state gemstone.

Availability :
Benitoite is exceedingly rare and naturally quite expensive. In fact, it is seldom seen as a gemstone due to its extreme rarity and the typical small sizes of fecetable material. It is however becoming increasingly popular and in demand amongst collectors is increasing. Due to scarcity, Benitoite is virtually unknown to the general consumer

Sources :
Benitoite was discovered in 1907 in San Benito County, California. To this day it is the only known source of gem quality specimens of Benitoite.

Evaluation :
Benitoites are rated at 6 to 6.5 on Moh’s Scale of hardness. They are quite brittle so it should be set into protective settings and worn with care if used as a ring stone. The color of Benitoite ranges from a deep blue to colorless, with very light and very dark stones at the lower end of the value spectrum, and medium dark stones at the higher end. Pink Benitoites are known but are extremely rare. Benitoites are also highly dispersive and when in ultraviolet light they display a bright blue fluorescence. Benitoites at the pinnacle of the value spectrum will be a rich blue, full of fire, eye clean, and highly dispersive. Large stones over 1 or 2 carats are exceedingly rare and demand a high premium.

Common Cuts :
Benitoite is often cut to diamond angles and proportions in order to display the best possible dispersion. This is most commonly achieved by using the round brilliant cut.

Routine Enhancements :
Benitoite is not usually enhanced, although occasionally it is heat-treated to produce Orange Benitoite.

Care & Cleaning :
Benitoites are best cleaned using warm soapy water and a soft brush. With a hardness of 6 to 6.5, extra
precautions should be taken to avoid scratching or chipping the stone. As with most gemstones, Benitoites should be kept away from prolomged exposure to excessive heat and household chemicals that can damage the stone. Always store your Benitoite jewelry in a fabric-lined box away from other jewelry items to avoid scratching.