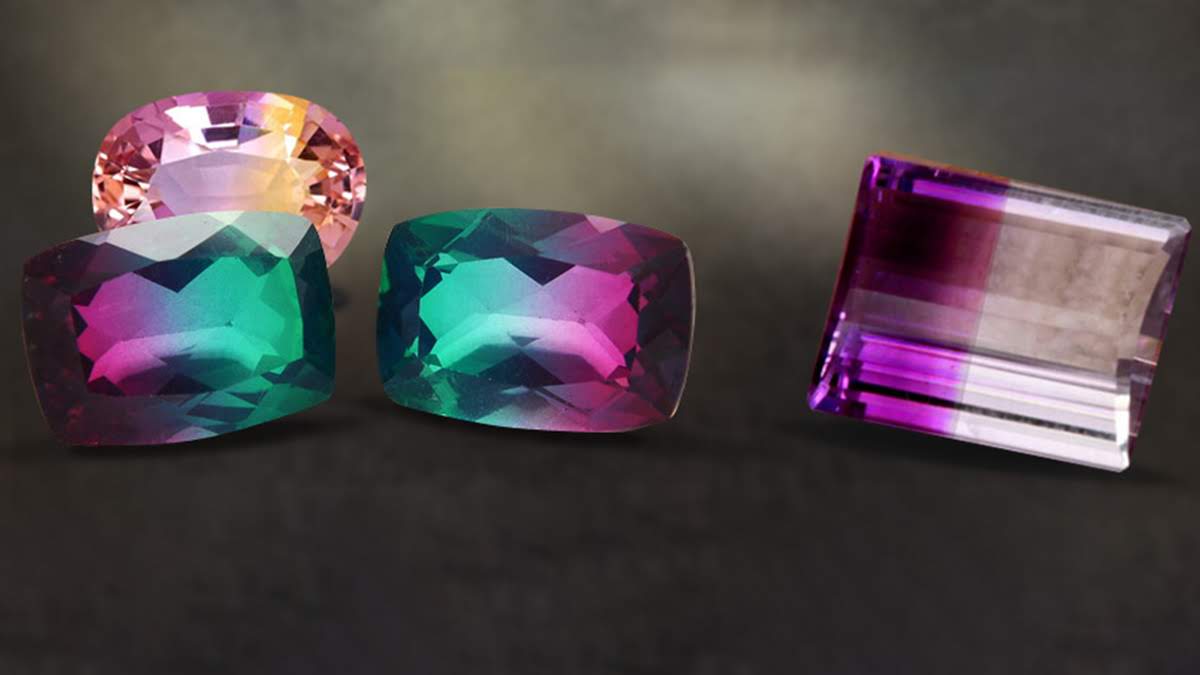 Quartz is one of the most common crystal minerals on Earth, and offers a bewildering array of varieties and names.

Evaluation:
Quartz is rated at 6.5 to 7 on the Moh’s Scale of Hardness and besides for all of its practical uses, Quartz is greatly important to the gem trade, accounting for a vast, diverse population of gemstones that are for the most part suitable for all jewelry applications.

Quartz crystals of different colors can form together to create beautiful bi-colored stones. These can be part Citrine and Smoky Quartz, Amethyst and Colorless Quartz, or the increasingly popular Ametrine. Ametrine combines the appeal of both the violet-purple Amethyst and the yellow-orange Citrine in one bi-colored gemstone. Ametrine gemstones can be found displaying an equal share of the Amethyst and Citrine as well as a blended color affect, displaying attractive shades of rosy gold and mauve.

The most important aspects to consider when viewing a Bi-Colored Quartz is the depth and intensity of the colors and the distinctiveness of the separation. The creativity of the cut should also be taken into account.

Common Cuts:
Bi-Colored Quartz is generally found faceted in a rectangular shape displaying equal amounts of the two colors. It is occasionally designed in a checkerboard pattern of facets to increase the light reflection.

Routine Enhancements:
Most of the Bi-Colored Quartz found on the market today has actually been enhanced by a heat-treatment process.

Care & Cleaning:
Quartz varieties are generally best cleaned using warm soapy water and a soft brush. As with most gemstones, Quartz should be kept away from household chemicals and from prolonged exposure to extremes of heat as this can cause damage or permanent changes in coloration. Quartz should be kept in a fabric-lined box away from other jewelry items in order to avoid scratching.