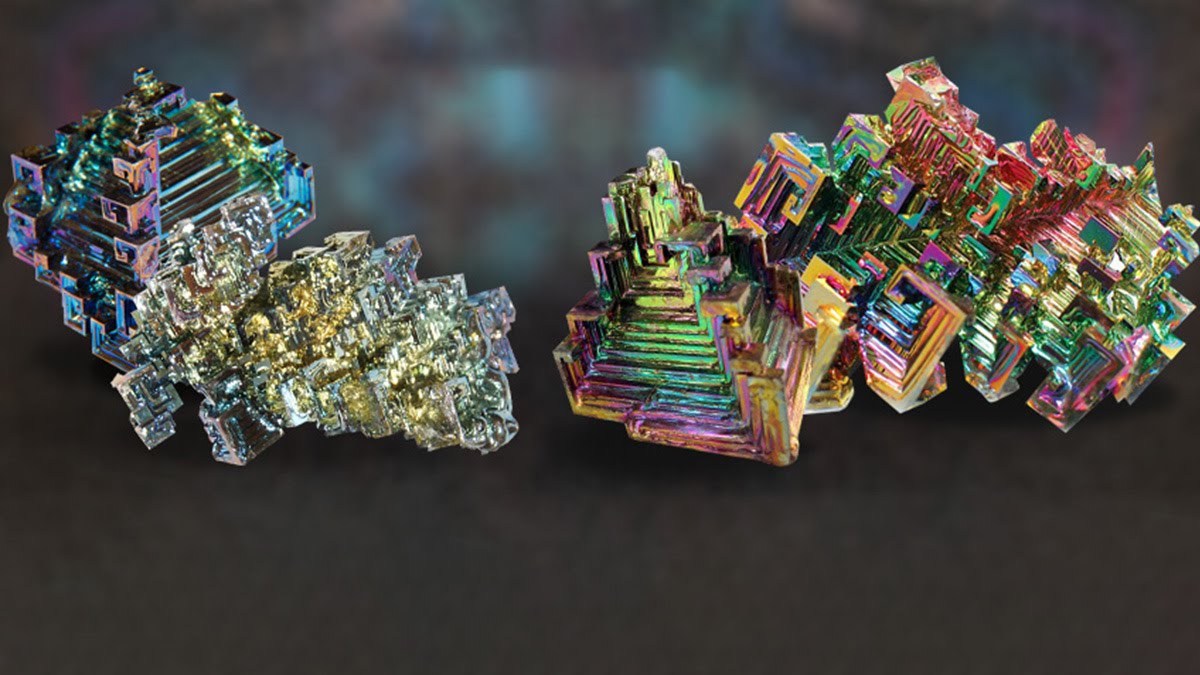 Birthstone Month :
Bismuth is not associated with any particular birthstone month.

Zodiac :
Bismuth is not associated with any particular zodiac sign.

Chemical Make-up :
Bismuth itself is an element with the atomic number of 83.

History & Lore :
The name Bismuth is derived from the German word ‘Weisse Masse’, meaning white mass. Bismuth was originally thought to be a variety of lead or tin, until in 1753 it was proved by a French Chemist named Claude Geoffroy that it was in fact a separate element.

Metaphysically, it is believed that Bismuth can aid between the connection of the physical and astral dimensions. It is also believed to bring comfort, alleviate loneliness, and to help its wearer to connect with the universe.

Availability :
Naturally occurring Bismuth is rare and not found in large enough quantities to be mined. Instead, it most often found combined with other elements creating minerals such as bismite (bismuth oxide), and bismithunite (bismuth sulfide).

Sources :
There are Bismuth producing mines in Bolivia, China, Mexico, and Peru. However, only the mine in Bolivia primarily produces Bismuth, whereas with sources in other countries it is a by-product of mining and refining other metals. Aother important source of the world’s Bismuth comes from small amounts of Bismuth found in ores of other metals such as gold, silver, lead, zinc, and tungsten. It is recovered from these ores using the method of smelting.

Evaluation :
Bismuth is rated at 2 to 2.5 on Moh’s Scale of hardness and is relatively brittle for a metal though among the heavy metals it is the heaviest and the only non-toxic. It is a white crystalline crystal with a pinkish hue and an iridescent tarnish. It has the interesting physical property of being less dense as a solid than it is as a liquid. Bismuth is the most diamagnetic of all metals and is a poor conductor of heat and electricity. In fact, the thermal conductivity of Bismuth is lower than any other metal except Mercury.

Bismuth has a number of uses including alloys, pharmaceuticals, cosmetics, thermocouples, catalysts, and a carrier of uranium fuel in nuclear reactors. It is also used in fire detection devices and fire extinguishers. Medically it is used in stomach medicines for ulcer treatments and as an ointment for hemorrhoids.

Common Cuts :
Bismuth is available in several forms including powders, pellets, ingots, and pieces. In addition, many Bismuth alloys are relatively soft and malleable, meaning that the metal can be hammered into thin sheets.

Care & Cleaning :
Care and cleaning does not apply to Bismuth.

Also known as a TV Rock!