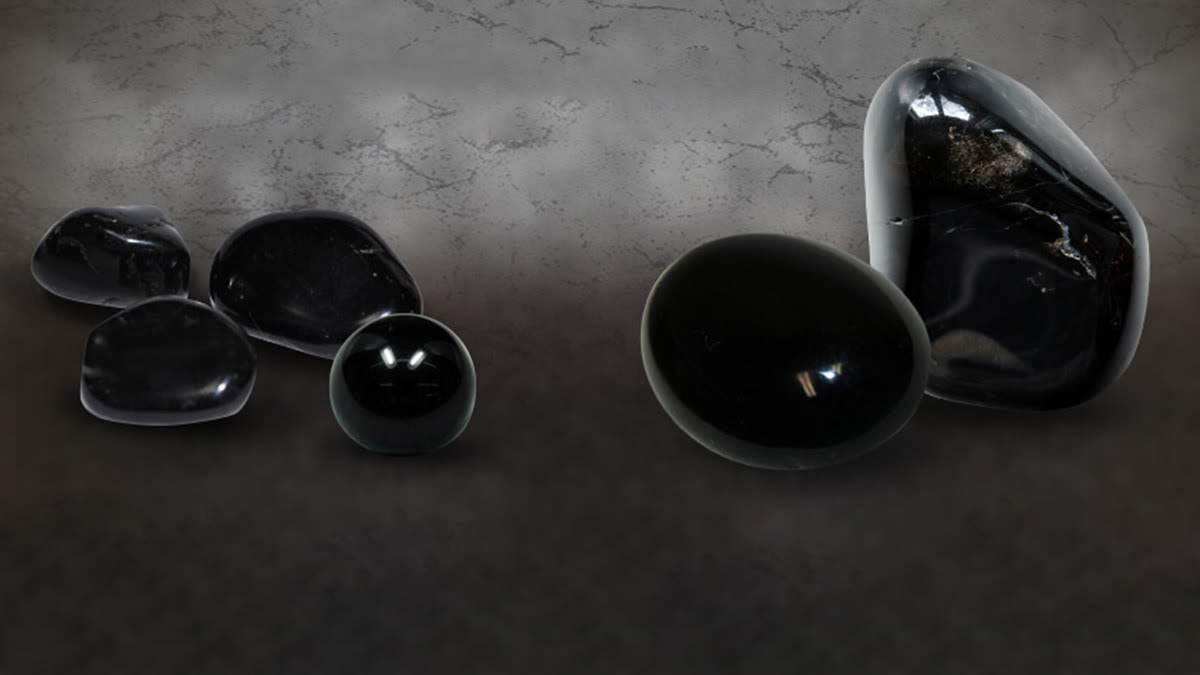 Birthstone Month :
Onyx is one of the gemstones associated with the month of December.

Zodiac :
Onyx is associated with the zodiac sign of Leo.

Chemical Make-up :
Onyx is a Silicon Dioxide and is a member of the Chalcedony Quartz family.

History & Lore :
The name Onyx is a derivation of the Greek word ‘onux’, meaning “fingernail”.Legend says that a sleeping Venus had her divine fingernails cut off with an arrowhead by Eros/Cupid. He left the clippings scattered on the sand below, which later turned to stone because the god’s felt that no part of Venuses heavenly body should ever perish. Originally, in Greek times, almost all colors of Chalcedony from white to dark brown and black were labeled as Onyx. It was then later decided by the Ancient Romans that the term Onyx would only be used refer to the black and dark brown colored stones.

The Ancient Romans associated Onyx with courage and it was thought to be useful when defending oneself against criticism. It also is thought to have protective qualities, particularly when traveling. It is believed to bring about spiritual inspiration and assist with keeping emotions and passions under control. It is also believed to help the wearer to change bad habits.

Physically Onyx is believed to strengthen the heart, kidneys, nerves, hair, eyes and nails. It is also believed to relieve stress and neurological disorders and to aid sleep.

Evaluation :
Black Onyx is rated at 6.5 to 7 on Moh’s Scale of Hardness and care should be taken to protect Onyx against chipping and scratching. Black Onyx is a brownish black to black opaque stone with a smooth, waxy luster. Not only is it readily available and affordable but its deep, dark, lustrous surface can display a striking contrast with other warm-colored gemstones, making it an excellent addition to a jewelry collection.

Common Cuts :
Black Onyx is most often found cut into smooth rounded cabochons. It can also be found as a backdrop in jewelry such as cameos.

Routine Enhancements :
All Black Onyx that is commercially available today is either heat-treated or dyed to increase depth of color.

Care & Cleaning :
Black Onyx is best cleaned using warm soapy water and a soft brush. As with most gemstones, Black Onyx
should be kept away from exposure to extremes of heat and household chemicals that can damage the stone. Black Onyx can chip or scratch easily so it should always be stored in a fabric-lined box away from other jewelry items.