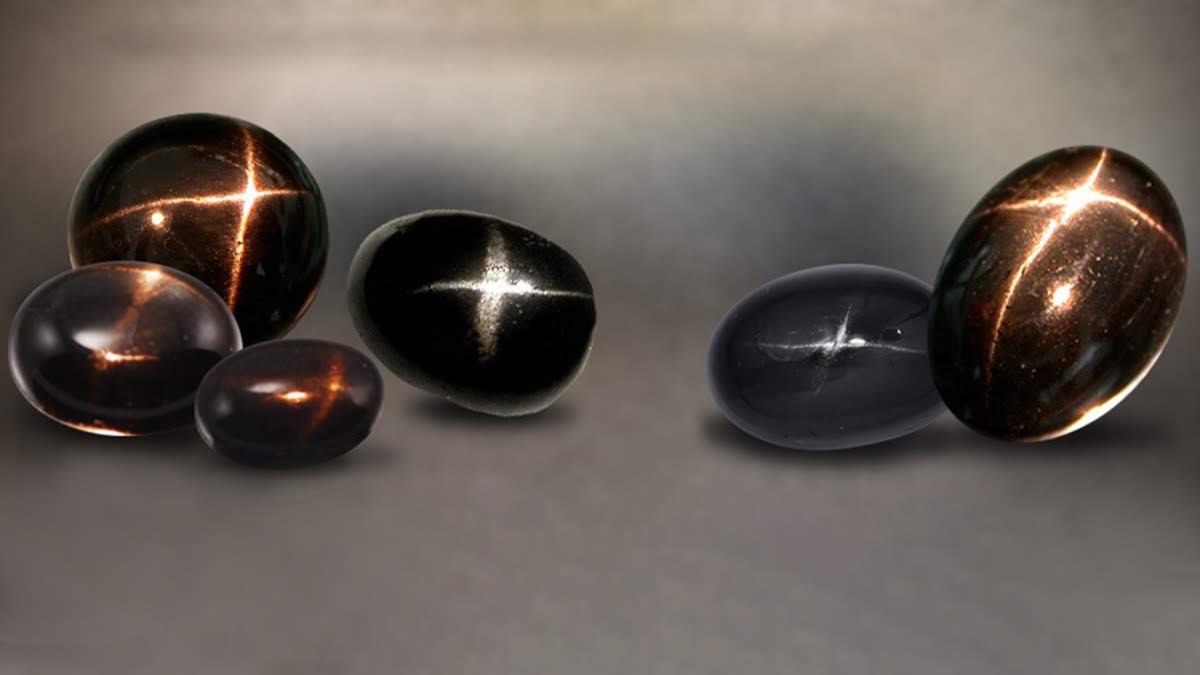 Birthstone Month :
Diopside is associated with the birthstone month of March.

Zodiac :
Diopside is associated with the zodiac sign of Pisces.

History & Lore :
Diopside derives from the Greek word ‘di’ meaning two, and ‘opsis’, meaning vision. Another name that has appeared over the years for Black Star Diopside is the Black Star of India.

Traditionally Black Star Diopside is believed to help heal trauma, partly by bringing cleansing to tears. Because of this, it has sometimes been referenced to as the crying stone. It can help alleviate aggression and stubbornness and is said to be related to love, commitment, and the inner heart. It is also said to bring creativity to the wearer.

Physically Black Star Diopside is believed to heal the heart, lungs, and the circulatory system. It is also believed to aid with psychological disorders and weaknesses.

Availability :
Black Star Diopside is not commonly found on the gemstone market today.

Evaluation :
Black Star Diopside is rated at 5.5 on Moh’s Scale of Hardness and though it is suitable for jewelry purposes, care should be taken with this stone for it is relatively soft and brittle. This opaque stone is generally black in color but can occasionally be found with shades of green. Black Star Diopside exhibits a star like phenomenon known as Asterism. These stones contain inclusions in the form of needles that align to produce the white 4-rayed star. It is unique in this sense because it is the only gemstone to exhibit a 4-rayed star. Sometimes needle-like surface crystalline inclusions are visible, particularly when viewed from below.

Common Cuts :
Regardless of whether or not a Diopside initially displayed a star, once it has been faceted, it will no longer offer up a star. For this reason, when examining Diopsides, gemstone cutters must always take the time to look closely at the stone and check to see whether it has enough properly orientated inclusions to form a star. If it does, the Diopside will be cut into a Cabochon shape, the only shape that allows the stone to display the beautiful asterism, or star.

Routine Enhancements :
There are no known treatments for Black Star Diopside.

Care & Cleaning :
Black Star Diopside is best cleaned using warm soapy water and a soft brush. Diopside is a fairly soft and brittle gemstone so care should be taken to avoid any sharp blows or scratches. As with most gemstones, Black Star Diopsides should be kept away from prolonged exposure to excessive heat and household chemicals that could damage the stone. Always keep your Diopside jewelry in a fabric-lined box away from other harder jewelry items so as to avoid scratching.