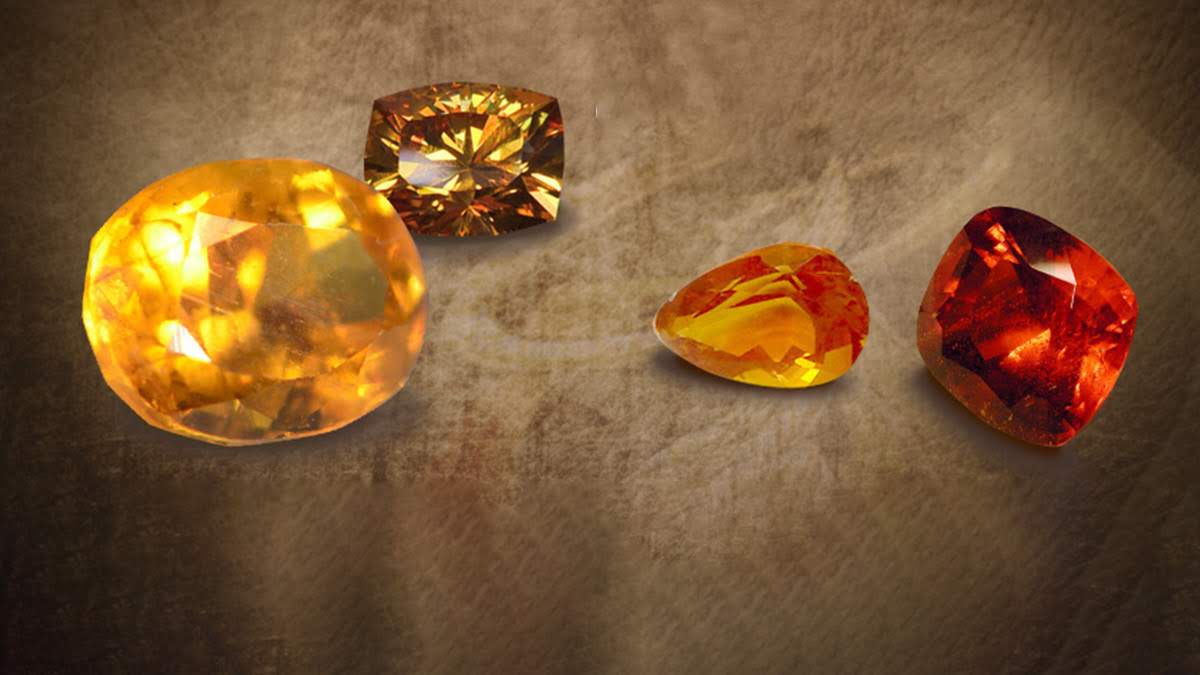 Birthstone Month :
Clinohumite is not associated with any particular birthstone month.

Zodiac :
Clinohumite is not associated with any particular zodiac sign.

Chemical Make-up :
Clinohumite is a Magnesium Silicate Fluoride Hydroxide, and is a member of the Humite group of Minerals. The Humite group is well known for having a mixture of silicate and oxide layers in their structures.

History & Lore :
Clinohumite is named in allusion to its monoclinic symmetry.

The first reported discovery of Clinohumite was in 1876. These specimens were discovered in limestone blocks that had been ejected from the volcano Mount Vesuvius, near Naples, Italy.

Availability :
Deposits of Clinohumite are scare and it is only sporadically mined. Today Clinohumite remains one of the rarest of gemstones, with only a few thousand Carat known to exist, almost exclusively in private collections.

Sources :
There are only two sources of gem-quality Clinohumite known; The Pamir Mountains of Tajikistan, and the Taymyr region of northern Siberia

Evaluation :
Clinohumite is rated at 6 on the Moh’s Scale of Hardness and special care should be taken with these stones because of their brittleness and extreme rarity.

Clinohumite is typically light to dark brownish, or an orangish yellow in color with a transparency ranging from transparent to translucent. Some Clinohumite specimens are fluorescent and when subjected to shortwave ultraviolet light, the stone will fluoresce a tan to orangish yellow color. Clinohumite is also pleochroic, meaning that a single stone displays different colorations depending on the angle the stone is viewed at. In Clinohumite’s case, crystals are pleochroic, and range from yellow to colorless.

Today there are only two sources of gem-quality Clinohumite, both of which are extremely rare, meaning that Clinohumite is well sought-after by avid collectors. The Taymyr material tends to be a dark reddish brown, whereas the Pamir material is more of a bright yellowish to brownish orange in color. The Pamir material is reported to have a hardness slightly greater than 6 and tends to be less brittle than specimens from Taymyr.

Common Cuts :
Top quality Clinohumite specimens have been known to be faceted, but this is extremely rare. Generally, quality specimens are kept by mineral collectors and therefore never faceted.

Routine Enhancements :
There are no known enhancements for Clinohumite.

Care & Cleaning :
In addition to its rarity, Clinohumite is relatively brittle so special care should always be taken in order to keep the specimen in its original condition. Steam and ultrasonic cleaners, household chemicals, and prolonged exposure to excessive heat should all be avoided.

Clinohumite jewelry should always be stored in a fabric-lined box away from other jewelry items to avoid damage / scratching.