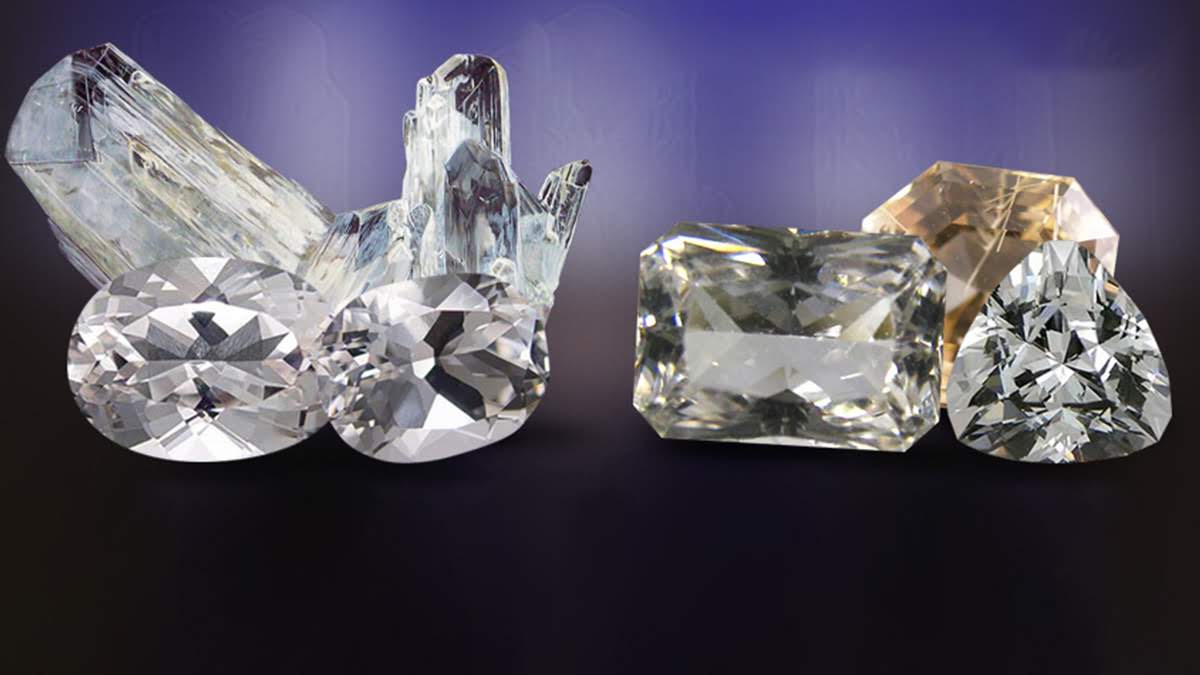 Birthstone Month :
Danburite is not associated with any particular birthstone month.

Zodiac :
Danburite is not associated with any particular zodiac sign.

History & Lore :
Danburite was first discovered in 1839 by Charles Upham Shephard and is named after Danbury, Connecticut, United States, the location of the discovery.

Danburite is believed to enhance creativity and activate the crown chakra, allowing thoughts and energy to flow more freely. Danburite is also believed to have the ability to stimulate intellect and to channel information from spiritual worlds during meditation. It has also been referred to as the “stone of joy and celebration,” encouraging people to get along with one another.

Availability :
Although the mineral itself is relatively common, large, facetable specimens are rare. Because of this, Danburite will most likely remain a collectors stone, rather then a commercial jewelry stone.

Sources :
The deposits of Danbury, Connecticut have long been covered over and made inaccessible due to the large community that has grown over the years. Today, Danburite deposits are found in Japan, Madagascar, Mexico, and Myanmar (Burma). Mexico is today’s most important source of gem-quality Danburite.

Evaluation :
Danburite is rated at 7 on the Moh’s Scale of Hardness, and is an excellent gemstone for all jewelry applications due to its toughness and lack of cleavage. Danburite tends to be more common in small sizes with well cut stones displaying bright colors, ranging through colorless, yellow, tan, and occasionally pink. Danburite is loved and revered by gem collectors not only for its durability, but also for its brilliance that rivals even that of Topaz. Danburite’s dispersion however is modest at best, meaning that most cut gems lack fire.

General value guidelines apply to Danburite, with larger, cleaner, brighter colored stones naturally being more valuable. It should be noted however that a clean, colorless stone with exceptional brilliance would surpass a pale yellow or slightly pink stone in terms of per carat value / cost.

Common Cuts :
Because of Danburite’s hardness and lack of cleavage, it can generally be cut into most of the common gemstone shapes/cuts.

Routine Enhancements :
There are no known enhancements for Danburite.

Care & Cleaning :
Danburite’s lack of cleavage, good toughness, and hardness make it an exceptionally easy gemstone to care for. It can be cleaned using warm soapy water and a soft brush to remove any collected dust or grease. As with most gemstones, household chemicals and excessive heat should be avoided as this can cause permanent damage. Steam and ultrasonic cleaners should also be avoided.

Danburite jewelry should always be stored in a fabric-lined box away from other jewelry items to avoid damage / scratching.