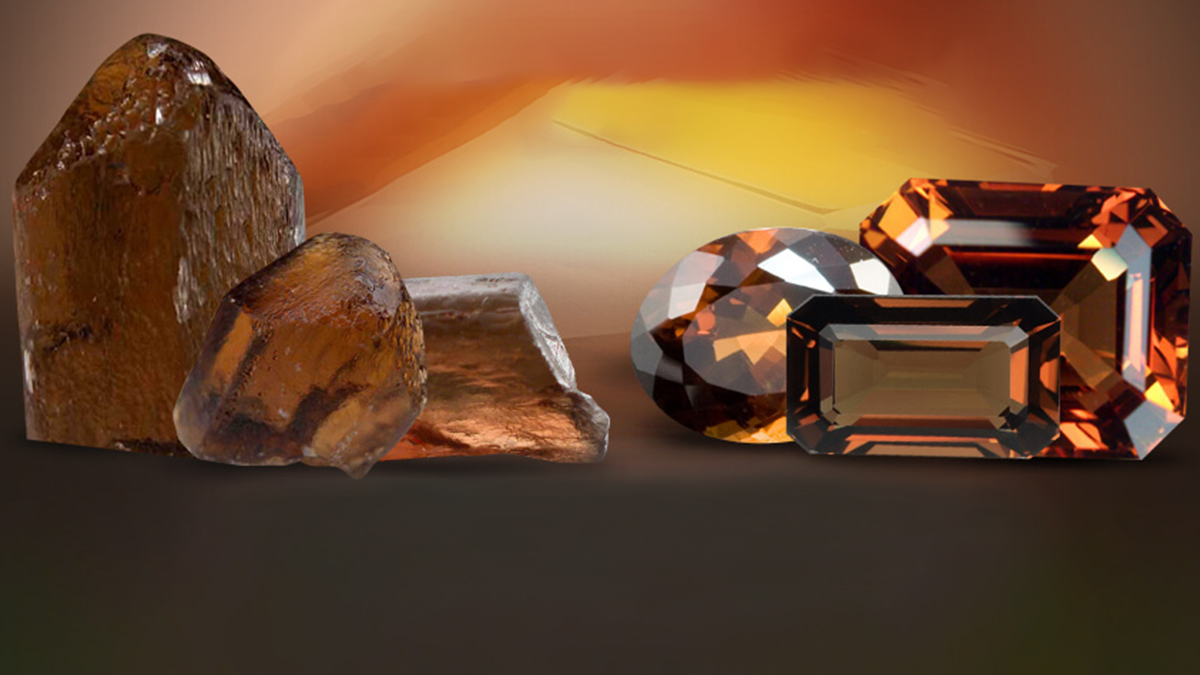 Birthstone Month :
Enstatite is not associated with any particular birthstone month.

Zodiac :
Enstatite is not associated with any particular zodiac sign.

History & Lore :
The name Enstatite is derived from the Greek word ‘enstates’, meaning “component”. It was first described by a G.A. Kenngott in 1855.

Enstatite has been said to be a stone that promotes and offers competitiveness, ambition, desire and strength to the wearer. Called “the stone of chivalry”, Enstatite is believed to emit braveness and abolish fear. In addition to this, Enstatite helps the wearer be more direct and straight forward with loved ones.

Availability :
Whilst Enstatite is an abundant mineral, fine gem quality crystals are somewhat rare. Enstatite is not commonly known, which makes Enstatite more of a collectors item.

Sources :
Some of the finest gem quality Enstatite specimens are sourced from Myanmar (Burma), South Africa, and Sri Lanka (Ceylon). Other noteworthy deposits can be found in Austria, Brazil, Canada, East Africa, France, Germany, India, and the United States.

Evaluation :
Enstatite is rated at 5.5 on the Moh’s Scale of Hardness, meaning that this gemstone is best suited to brooches, earrings and pendants.

Enstatite has a couple of ornamental and gemstone varieties that have gained some popularity amongst avid collectors. Bronzite is a dark brown to greenish-brown variety of Enstatite, with almost all fine quality specimens being sourced from the Mogok Stone Tract of Myanmar (Burma). This weathered variety has a sub-metallic luster, and is often be used as an ornamental stone. Gem quality green Enstatite is sourced from South Africa and exhibits an Emerald-green color due to traces of Chromium. These stones have been given the name Chrome-Enstatite.

Enstatite Cat’s Eye displays an amazing phenomena known as chatoyancy, also known in the gem trade as “the cat’s eye effect”. The reason for this fascinating phenomenon is due to very fine inclusions that scientists have discovered within the stone. When a light source is directed off these inclusions it creates a bright strip of light appear, running perpendicular to the inclusions. This strip will then glide across the surface of the stone when turned over.

While Enstatite is relatively unheard of, fine quality specimens such as the aforementioned varieties make unique and interesting additions to any mineral or gemstone collection.

Common Cuts :
Enstatite is most commonly used for ornamental carvings, or in jewelry in cabochon or bead form. Enstatite is rarely faceted because of its two directions of prismatic cleavage.

Routine Enhancements :
There are no known treatments for Enstatite.

Care & Cleaning :
Enstatite can be cleaned using warm soapy water and a soft brush to remove any collected dust or grease. Avoid exposure to chemicals, prolonged exposure to sunlight, or extremes of temperature change, as this can cause permanent changes in the stones coloration. Both ultrasonic and steam cleaners are to be avoided.

Enstatite jewelry should always be stored in a fabric-lined box away from other jewelry items to avoid damage / scratching.