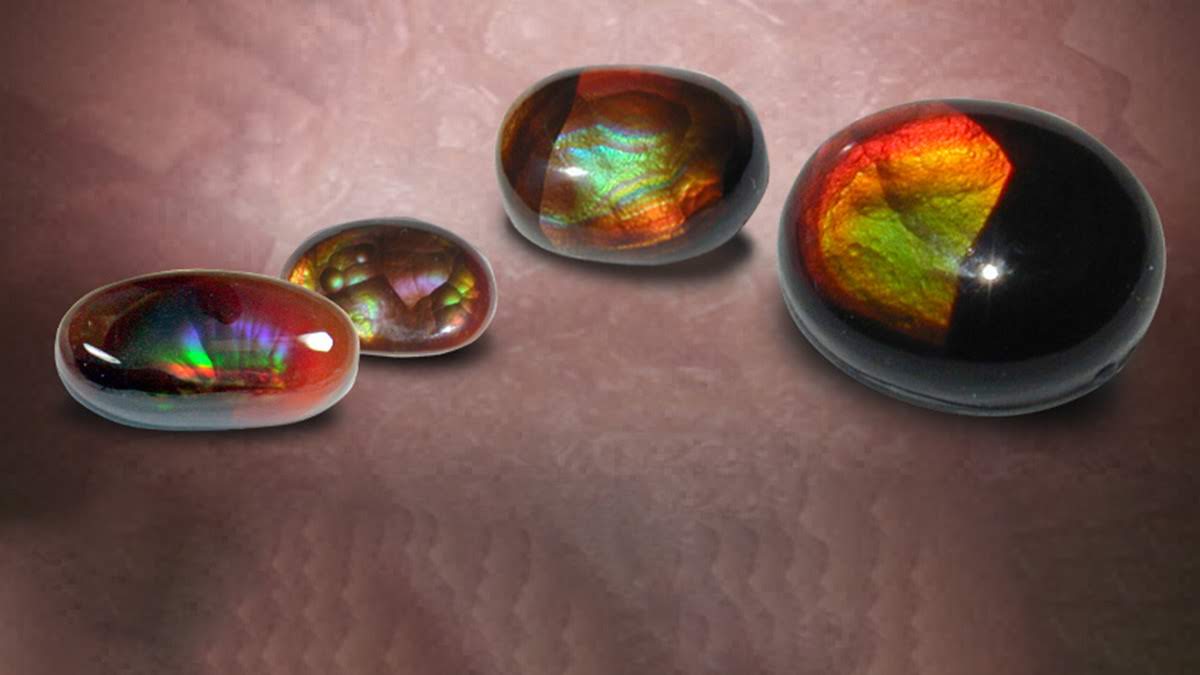 Birthstone Month:
Agate is associated with the birthstone month of May.

Chemical Make-up:
Agate is a Silicon Dioxide and is a variety of Chalcedony, which is a member of the Quartz family. It is scientifically classified as either a cryptocystalline or a microcrystalline variety of Quartz. Iron Oxide impurities account for Fire Agate’s basic brown color.

History & Lore:
The name Agate is believed to derive from the Greek word given to a stone that was found thousands of years ago in the Achates River in South-western Sicily, now known as Dirillo River.

Some of the earliest primitive tools that were created by man’s ancestors 2.5 million years ago were made of various types of Quartz, including Agate. Agate has also been used as a gemstone and for other ornamental objects dating back thousands of years. Early Greeks used Agate in the form of amulets as protection from the dangerous elements of the sea.

In medieval times Agate was worn to bring God’s favor and make one agreeable and persuasive. It was also believed to bring protection from all dangers and to be able to bring about victory and strength.

Agate has commonly been used to cure insomnia and to bring about pleasant dreams. It is also said to enhance the wearer’s courage, improve perception and concentration, and to provide protection from dangers. Agate is believed to enhance trust and honesty, and to assist with acceptance to circumstances and emotions. In addition to this, Agate is believed to be able to improve memory.

Fire Agate is the US State Mineral of Arizona.

Availability:
Being that Fire Agate deposits are found in just a few locations in the world, and combined with the fact that it’s one of the most difficult cab materials to cut properly, Fire Agate has remained both scarce and largely unknown to the general public. Surprisingly enough though, Fire Agate is relatively inexpensive.

Sources:
The only known Fire Agate deposits are found in Brazil, Mexico, and the south-western United States.

Evaluation:
Fire Agate is rated at 6.5 to 7 on Moh’s Scale of Hardness. There is not any specific care required, but general gemstone precautions are always a good idea so that the original condition of the stone can be retained. Fire Agate contains alternating layers of silica and iron oxide, known as Schiller layers, that are small enough to allow light to enter the stone forming iridescent colors known as fire. Though the stone itself is brown in color, these micro-thin Schiller layers diffract light back to the eye in rainbow patterns, creating iridescent colors of red, gold, green and rarely, blue-violet.

The most prized Fire Agates will show color over the entire surface with no dead spots. Red color is at the pinnacle of the value spectrum, along with the rare blue-violet color.

Common Cuts:
Cut is a very crucial trait for the end look of Fire Agate. In order to best reveal the colors, the overlying layers of silica and iron oxide must be ground and polished away, following natural contours, until only the fire is visible. Fire Agate is most often cut into free-form and calibrated cabochons.

Routine Enhancements:
Fire Agate is not known to be enhanced.

Care & Cleaning:
Agate can be cleaned using warm soapy water and a soft brush. As with most gemstones, Agate should be kept away from household chemicals and from prolonged exposure to extremes of heat that can cause damage to the stone. Agate should be kept in a fabric-lined box away from other jewelry items so as to avoid damage / scratching.