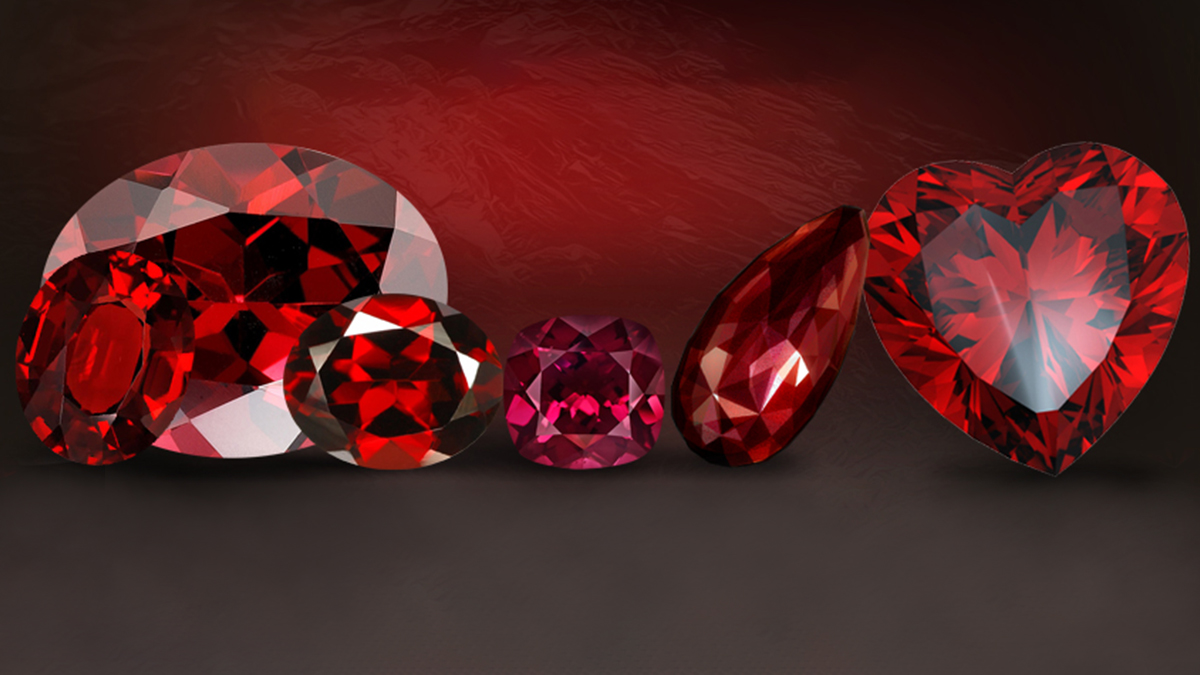 Birthstone Month:
Garnet is the gemstone for the month of January.

Garnet is said to be the stone of romantic love and passion, enhancing sensuality, sexuality, and intimacy. It is said to awaken creativity, positive energy, and self-confidence, and can bring success to one’s career or business. Garnets have been thought to treat infectious diseases, blood poisoning, and heart and lung diseases. It is also a protective stone which is effective for protection from evil and nightmares and one that can be used for spiritual healing. Whilst Garnet is primarily associated with the root chakra, it is effective at opening ither chakras depending upon the color of the stone in question.

Availability:
Due to an amazing string of discoveries throughout the nineteenth and twentieth centuries, Garnet has become a widely available gemstone.

Evaluation:
Garnet is rated at 6.5-7.5 on the Moh’s Scale of Hardness, making it durable and resistant to everyday wear and tear. The Garnet is a popular gemstone choice the world over because it is a natural, untreated gemstone that is generally affordable. Whilst the red colors are generally priced so as to be accessible to all, some green varieties of Garnet can fetch thousands of dollars per carat.

Garnet is most commonly found in shades of red, but can actually be found in every color of the spectrum, except pure blue. Because Garnet is such a diversified gemstone family and in plentiful supply, the Garnet can easily adapt to any new fashion or color trend and can complement everyone’s personal style.

Common Cuts:
Garnet is usually cut into the shape / cut that will show the least amount of color darkness. The shapes most effective for doing this are Cabochons, Cushion, Oval and Round.

Routine Enhancements:
There are no known treatments for Garnet.

Care & Cleaning:
A Garnet can be cleaned using warm, soapy water and a soft brush. An ultrasonic cleaner is safe for most Garnets but not for all, so should be used with caution. Garnet should be kept away from chemicals that will cause it to erode such as hydrofluoric acid. Garnet should also be kept away from drastic temperature changes as this may cause fracturing.