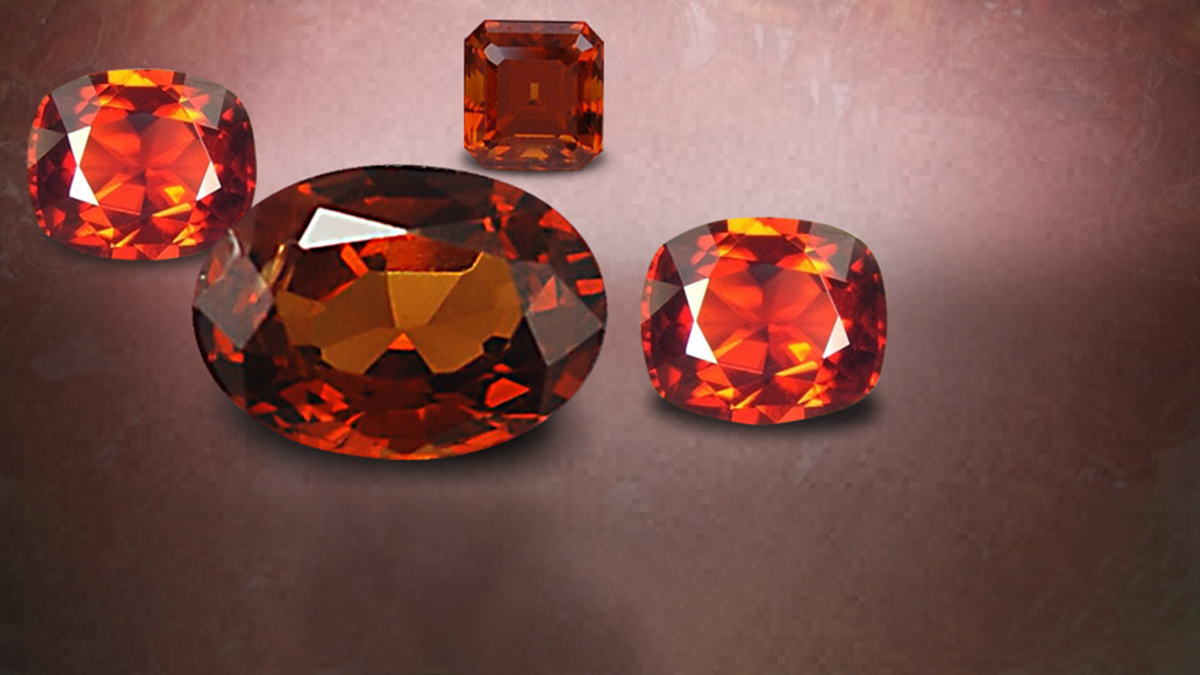 Chemical Make-up:
Hessonite is a Calcium Aluminum Silicate and is a variety of Grossular Garnet. It’s color is due to the presence of Manganese.

The name Hessonite is derived from the Greek ‘hesson’, meaning “inferior”, because of its lower hardness and density that most other garnets.

Hessonite is known as Gomedhaka in Sanskrit and is believed in India mythology to be the fingernails of the God Vala.

Garnet is said to be the stone of romantic love and passion, enhancing sensuality, sexuality, and intimacy. It is said to awaken creativity, positive energy, and self-confidence, and can bring success to one’s career or business. Garnets have been thought to treat infectious diseases, blood poisoning, and heart and lung diseases. It is also a protective stone which is effective for protection from evil and nightmares and one that can be used for spiritual healing. Whilst Garnet is primarily associated with the root chakra, it is also effective at opening either chakras, depending upon the color of the stone in question.

Hessonite is a stone of creativity, believed to stimulate creativity on all levels and can be used to encourage self-respect, respect to others, and spiritual growth. In addition to this, Hessonite is believed to be a good balancing stone, calming the nerves, quiting the mind, and relieving depression.

Availability:
Hessonite is an increasingly rare gemstone and one of the most prized varieties of Grossular Garnet.

Evaluation:
Hessonite is rated at 6.5 – 7 on the Moh’s Scale of Hardness, making it durable and resistant to everyday wear and tear. Grossular is the most varicolored of the Garnet species, being found in every color except those with a blue tint. Pure Grossular, without any impurities, is in fact colorless and is quite prized by collectors. The color of Hessonite can range from a deep yellow, a golden orange, to a cinnamon brown, often being called the Cinnamon Stone. Hessonite gemstones will often contain tiny honey-colored inclusions that give it a truly unique appearance.

The most desirable and sought-after stones are those that display a well-balanced bright golden-orange color. Clarity and carat weight are both important factors when evaluating Hessonite and lastly, it is important to consider well-cut stones as this will ensure that the maximum amount of brilliance is displayed by the gem.

Common Cuts:
Hessonite is cut according to the shape / cut that will influence the least amount of darkness in its color. Oval and Cushion are the most common cuts, closely followed by Round, which is then followed by the other recognized cut shapes / styles.

Routine Enhancements:
There are no known treatments for Hessonite.

Always keep your Hessonite jewelry in a fabric-lined box, away from other jewelry in order to avoid damage / scratching.