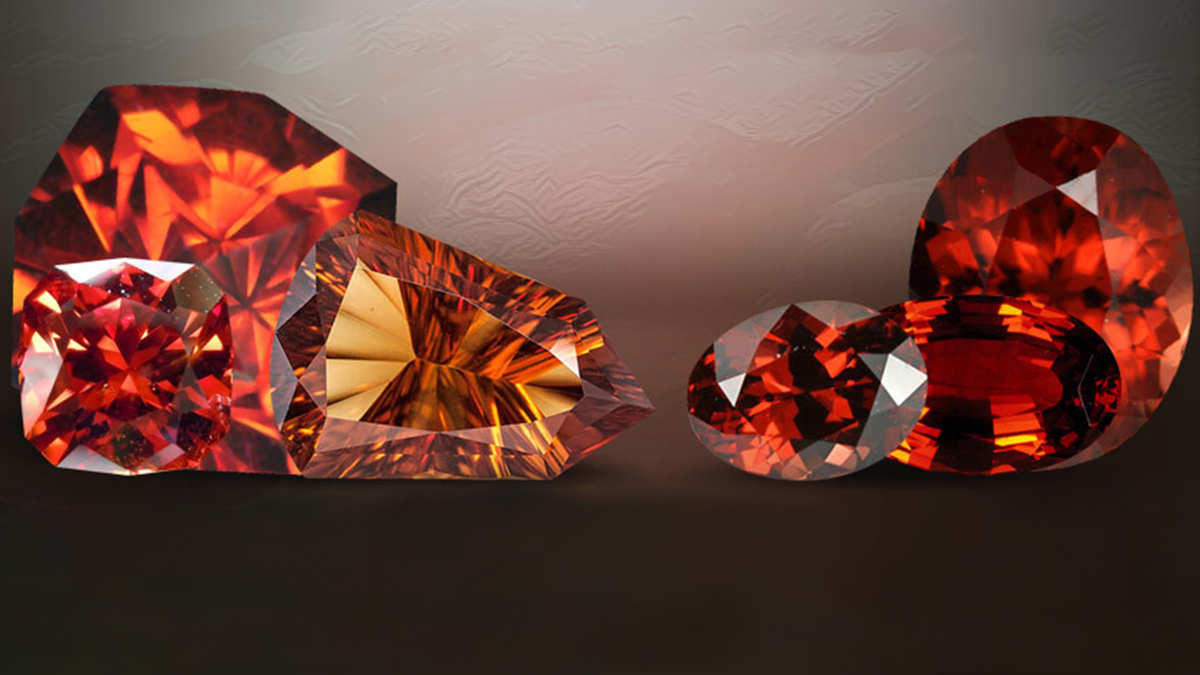 Chemical Make-up:
Malaya Garnet’s chemical composition is a mixture of many Garnet species, including Grossular, Spessartine, Almandine and Pyrope. The color of the these Garnets is due to Iron and Manganese impurities.

The name Malaya is derived from Swahili which firstly means “out of the family”, and secondly means “prostitute” because it does not fit into any traditional garnet category. Originally the miners had a difficult time marketing the gemstone because dealers did not want to offer any price for the strange gem with no identity.

Availability:
Though the Malaya Garnets are today moderately priced, their increasing popularity and continued lack of production could spell an upward pressure on prices. Stones over three carats in size are incredibly rare and are naturally very expensive.

Sources:
Malaya Garnets were discovered in the mid 1960’s in the Umba River valley bordering Tanzania and Kenya, and today this region is still the primary source for this beautiful gemstone. There are also smaller deposits found throughout Eastern and Central Africa.

Evaluation:
Malaya Garnet is rated at 7 – 7.5 on the Moh’s Scale of Hardness, making it durable and resistant to everyday wear and tear. Malaya Garnets can be found in a wide array of colors including a yellowish-brown, brownish-pink, cinnamon, honey brown, reddish brown, peach, and pinkish-orange. The rarest and most beautiful Malaya colors are a honey-peach, cinnamon, and the pinkish-orange. Malaya Garnets will also exhibit scintillating red flashes that give the stone a brilliance that is almost incomparable to other Garnet varieties.

The most desirable and sought-after stones are those that display a well-balanced bright peach or pinkish-orange color. Clarity and carat weight are both important factors when evaluating Malaya Garnet, and lastly, it is very important to consider well-cut stones as this will ensure that the maximum amount of brilliance is displayed by the gem.

Common Cuts:
Malaya Garnets are usually cut into the shape / cut that will show the least amount of color darkness. The shapes most effective for doing this are Cabochons, Cushion, Oval and Round.

Routine Enhancements:
There are no known treatments for Malaya Garnets.

Care & Cleaning:
A Garnet can be cleaned using warm, soapy water and a soft brush. An ultrasonic cleaner is safe for most Garnets but not for all, so should be used with caution. Garnet should be kept away from chemicals that will cause it to erode such as hydrofluoric acid. Garnet should also be kept away from drastic temperature changes as this may cause fracturing.

Always keep your Malaya Garnet jewelry in a fabric-lined box, away from other jewelry, in order to avoid any damage / scratching.