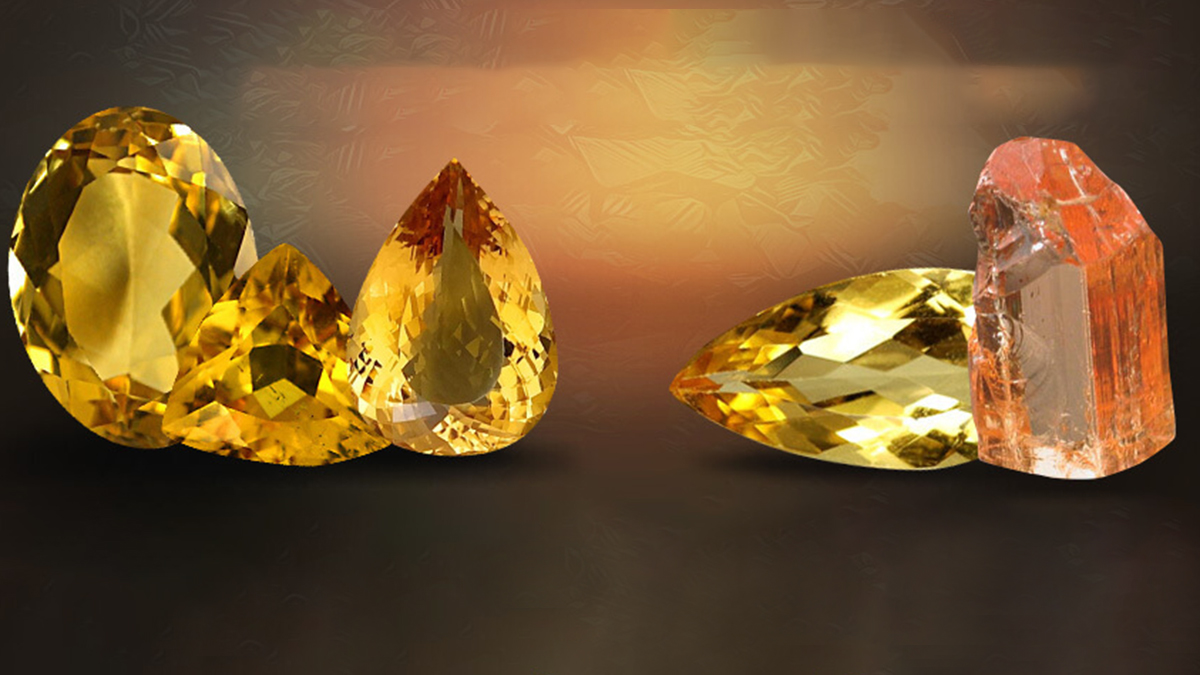 Orange Beryl is simply a Golden Beryl that exhibits a honey orange hue.

Birthstone Month:
Beryl is not associated with any particular birthstone month.

Zodiac:
Beryl is associated with the zodiac signs of Scorpio and Sagittarius.

Chemical Make-up:
Beryl is scientifically classified as a Beryllium Aluminum Silicate. The presence of Uranium Oxide accounts for its golden hue.

History & Lore:
The origin of the name Beryl is thought to derive from the Sanskrit word ‘veruliyam’, an old term previously used for the gemstone Chrysoberyl. It is also believed to derive from the Greek Word ‘beryllos’ which means crystal, and was originally applied to all green gemstones, but was later used exclusively for Beryl alone.

Legend says that Beryl was once used to ward off demons and evil spirits and that it can protect the wearer from dangers whilst traveling. Other legends also state that Beryl can be used to bring about good luck, cheerfulness, energy, and eternal youthfulness. Beryl is also said to be effective at treating disorders of the heart and spine.

Evaluation:
Beryl is rated at 7.5 to 8 on Moh’s Scale of Hardness and is a durable stone that is ideal for all jewelry purposes. Beryl is colorless in pure form, but different elemental impurities give it a wide variety of colors to choose from. The presence of Uranium Oxide is the reason for the color of Orange Beryl which can range from a pale to brilliant orange. Orange Beryl’s seldom have inclusions.

The terms Heliodor and Golden Beryl are often referenced incorrectly and often confused with each other but it is technically incorrect to do so. Golden Beryls display a pale yellow to brilliant gold color whereas Heliodor refers to a yellow variety with a more or less green shade.

The most important factors to consider when evaluating the value of Orange Beryl is the saturation of the color, the clarity, and the desirability of the cut.

Common Cuts:
Beryl has the ability to be cut into a wide spectrum of many-faceted shapes. Beryls are particularly well suited to rectangular or square cuts, as these bring out the stone’s transparency and color definition.

Routine Enhancements:
Though it is technically possible to produce synthetic Orange Beryl by irradiation, it’s not commonly conducted as supplies are plentiful.

Care & Cleaning:
Beryl can be cleaned using warm soapy water and a soft brush. Enzyme cleaners and cleaning agents containing chlorine should be avoided because they can cause dermatitis and allergic reactions. To reduce the dangers of thermal shock, Beryls should also be kept away from prolonged exposure to excessive heat.

Orange Beryl jewelry should be stored in a fabric-lined box away from other jewelry items so as to avoid damage / scratching.