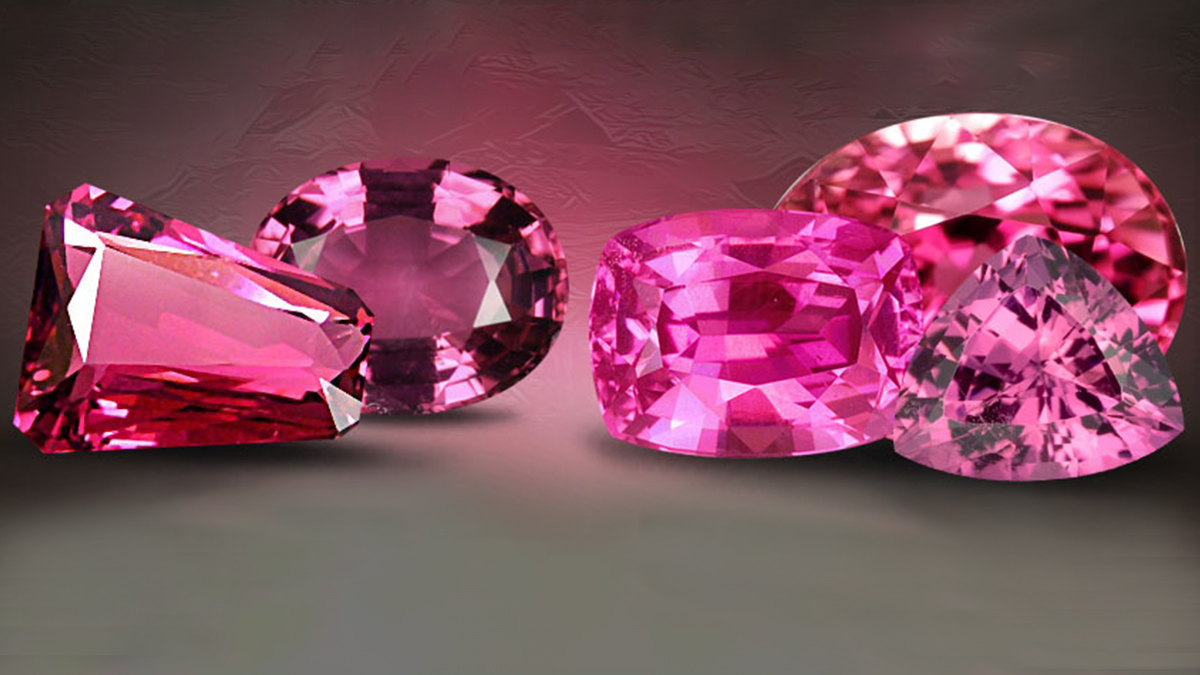 Chemical Make-up:
Tourmaline is made up of the complex Aluminum Borosilicate element, and depending upon the color of the gemstone, one or more of a number of metal ions, usually Iron, Magnesium and Lithium.

Pink Tourmaline is believed to represent harmony, joy of life, and lust. It vibrates the heart chakra allowing the wearer to open themselves to many levels of love. It is also believed to inspire spirituality and creativity well enhancing the one’s willpower. Pink Tourmaline is suitable for females as it encourages female balance and security.

Availability:
Pink tourmaline is both widely available and modestly priced.

Found in an amazing variety, the sheer number of available Tourmaline colors is second to none and unmatched by any other gemstone. Tourmalines can be found in shades of blue, black, brown, colorless, green, orange, pink, red, yellow and other colors in varying shades and hues, varying from completely transparent to opaque. In addition to this there are also known occurrences of bi-color, tri-color, multi-color and “Cat’s Eye” Tourmalines, ensuring that the Tourmaline truly is a gemstone that is available in a color to suit all styles and tastes.

Pink tourmalines can be found in numerous shades ranging from a light baby pink to a vibrant hot pink. Darker colored stones are often confused with Rubellites, though there is one decisive characteristic that separates the two: Rubellites color will not change whether it is in day light or artificial light. Should the color change when the light source changes, the stone will then be labeled as a Pink Tourmaline.

Routine Enhancements:
Tourmalines are often heat-treated or radiated in order to lighten colors and to remove “silk” (a form of natural imperfection / inclusion). Gemologists believe that natural irradiation causes the pink, red, and violet colors of Pink and Rubellite Tourmalines.

Care & Cleaning:
Use warm, soapy water and a soft brush to clean Tourmaline. Ultrasonic cleaners are generally safe. Never use chemicals such as hydrofluoric acid or ammonium fluoride to clean Tourmaline because it can erode the stone. Much like many gemstones, Tourmaline should be kept away from prolonged exposure to extremes of heat and light as this can cause permanent color change. Always keep your Pink Tourmaline jewelry in a fabric-lined box, away from other jewelry, in order to avoid damage / scratching.