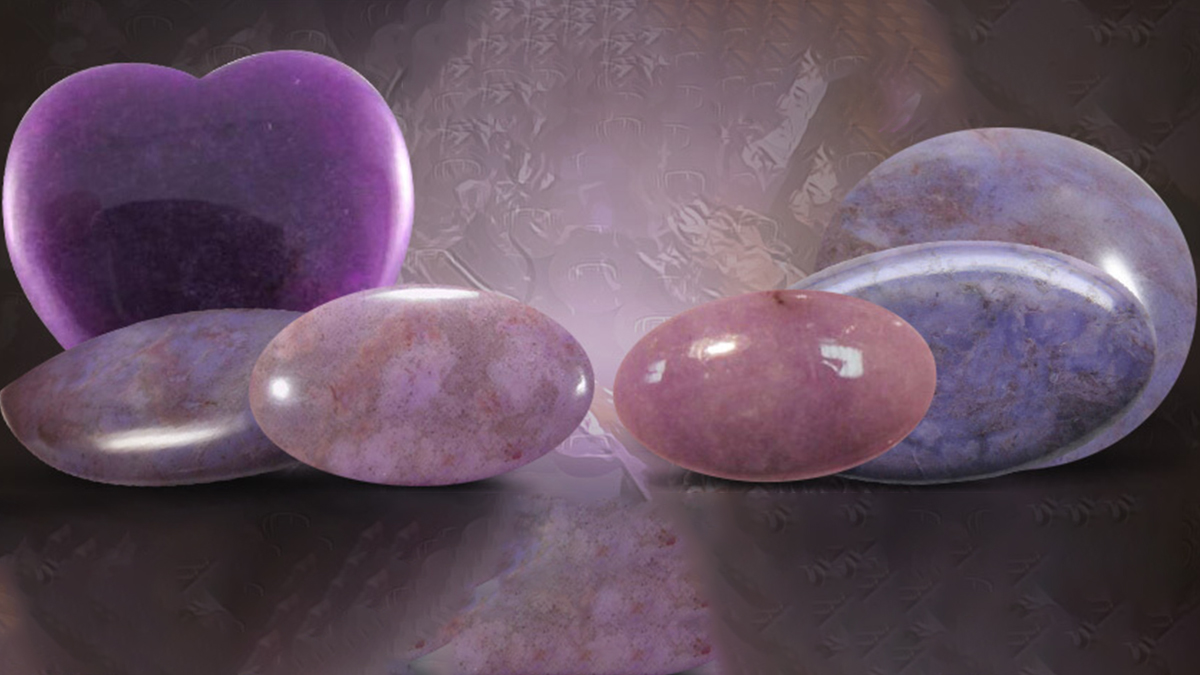 Birthstone Month:
Jade is associated with the birthstone month of March.

Zodiac:
Jade is associated with the Zodiac sign of Virgo.

Chemical Make-up:
The term Jade actually refers to two distinct types of stones which closely resemble one another, Jadeite and Nephrite. Scientists had discovered that though both stones contained Silica in their chemical composition, Jadeite contained Aluminum and Nephrite contained Magnesium. Jadeite is a Sodium Aluminum Silicate, whereas Nephrite is a Calcium Magnesium Iron Silicate.

History & Lore:
Jade is derived from the Spanish word ‘piedra de ijada’, meaning “loin stone”. The Amerindians discovered that Jade could be used as a remedy for kidney ailments, hence the name loin stone. Because of this beneficial effect it had on kidneys, it was also associated with the name ‘lapis nephriticus’, which would later form the name Nephrite. Nephrite is also thought to be derived from the Greek word ‘nephros’, meaning “kidney”.

Jade has been treasured for over 5000 years in China as the royal gemstone, where it is known as ‘yu’, or ‘zhen yu’, meaning “genuine Jade”. Jade is as significant in China as Gold and Diamonds have been in the West. It was not only used for the finest objects and cult figures but also in tombs for important members of the imperial family. One tomb contained an entire suit made of Jade, assuring the occupant of the tomb physical immortality. In addition to this, Jade was associated with the five cardinal virtues: compassion, modesty, courage, justice, and wisdom.

In Central America, the Mayans, Aztecs, and Olmec’s also treasured and honored Jade higher than Gold, creating symbolic carvings and masks out of it.

Neolithic Europeans extensively used Jade for tools and weapons most likely because of its toughness, making it ideal for such purposes.

Jade is believed to stimulate creativity and mental agility well encouraging practicality, wisdom, love,and tolerance. It is also believed to have a balancing and harmonizing effect, banishing negative thoughts and rejuvenating the wearer during times of stress. In addition to this, Jade is also believed to increase body strength and add longevity.

Physically, Jade has long been associated with the kidneys and is still a remedy amongst healers of Nephritic Colic. It is also believed to help protect and aid the heart, larynx, liver, spleen ,thymus, immune system, and nervous system.

Availability:
The correct geological conditions needed to produce Jadeite and Nephrite are rare, therefore the stones are rare and scattered geographically. Purple Jade is of the Jadeite variety and is incredibly rare.

Evaluation:
Jade is rated at 6.5 to 7 on Moh’s Scale of Hardness and is an extremely tough gemstone. Pure Jade is actually white, with impurities responsible for the green, red, yellow, pink, violet, orange, black, and brown colors. Purple Jade is of the Jadeite variety and can be found in hues ranging from a light violet to a rich purple, with the lighter colors being more common.

Although the intensity of the color is the most important factor determining Purple Jades value, special attention should also be paid to the the stones transparency. While Jade is never fully transparent, the higher level of transparency it exhibits, the higher the value. In addition to this, the vivacity, texture, and clarity must also be taken into account with the overall evaluation of Jade.

When purchasing any variety of Jade, it is recommended that it is purchased from a reputable dealer or jeweler. This is due to poor quality Jade being found on the market that has been treated or artificially colored. With that being said, whether purchasing Jade as a collectible item or as a piece of jewelry, its toughness, history, and enchanting colors makes it a memorable gemstone.

Common Cuts:
Because of its smooth even texture, Jade has been a preferred material for carvings dating back thousands of years. In regards to jewelry, because it does not exhibit any considerable level of transparency but instead a fine luster, Jade is best suited for cabochon cuts.

Care & Cleaning:
Jade can be cleaned using warm soapy water and a soft brush. As with most gemstones, Jade should be kept away from prolonged exposure to excessive amounts of heat and household chemicals that could damage the stone. In addition to this, steamers and ultrasonic cleaners should be avoided. Always store your Jade jewelry in a fabric-lined box away from other jewelry items so as to avoid damage / scratching.