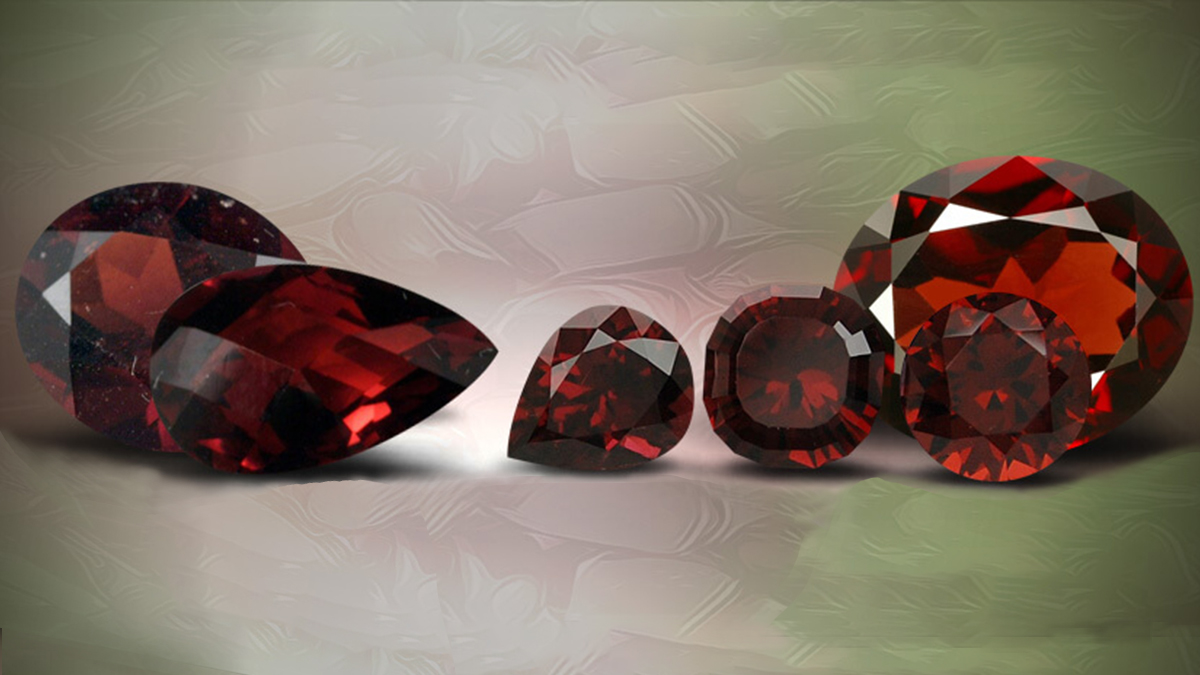 Pyrope is derived from the Greek ‘pyropos’, meaning “fire-like”

Pyrope Garnet in particular has long been associated with love, passion, sensuality, sexuality, and has been used as a curative for numerous ailments relating to blood.

Availability:
Pyrope Garnet is the most famous form of Garnet because of it’s distinct and attractive deep, blood-red color that has an appearance much like that of a Ruby. Pyrope is a relatively common mineral and is priced modestly, though top-quality gems can be both rare and expensive.

Evaluation:
Pyrope Garnet is rated at 7 – 7.5 on the Moh’s Scale of Hardness, making it durable and resistant to everyday wear and tear. The Garnet is a popular gemstone choice the world over because it is a natural, untreated gemstone that is generally affordable.

Pyrope is the most famous of Garnet gemstones because it forms rounded, transparent crystals together with its distinct and desirable deep red color. Pyrope gemstones are often perfectly transparent and totally clean of inclusions, though this characteristic is less visible with dark specimens. Pyrope can exhibit colors ranging from a deep blood red to a reddish black, and the rarer rose-red to violet.

A very special variety of Pyrope found in Arizona is the Chrome Pyrope, whose color rivals Ruby. It has been given the name “ant hill garnets” because they are mined by ants, who bring them to the surface when they are excavating their anthills. Another popular variety is the rose-red to violet Rhodolite Garnet which is not in fact a pure variety of Pyrope, but a mixture of Pyrope and Almandine.

The most valuable of Pyropes are those that are completely eye-clean, displaying a strong level of transparency and a bright red color.

Common Cuts:
Pyrope Garnet is usually cut into the shape / cut that will show the least amount of color darkness. It is generally either made into a cabochon, or faceted, with an oval, cushion, or round cut.

Routine Enhancements:
There are no known treatments for Pyrope Garnet.

Care & Cleaning:
A Pyrope Garnet can be cleaned using warm, soapy water and a soft brush. An ultrasonic cleaner is safe for most Garnets but not for all, so should be used with caution. Pyrope Garnet should be kept away from chemicals that will cause it to erode such as hydrofluoric acid as well as drastic temperature changes as this may cause fracturing.

Always store your Pyrope Garnet jewelry in a fabric-lined box, away from other jewelry in order to avoid scratching / damage.