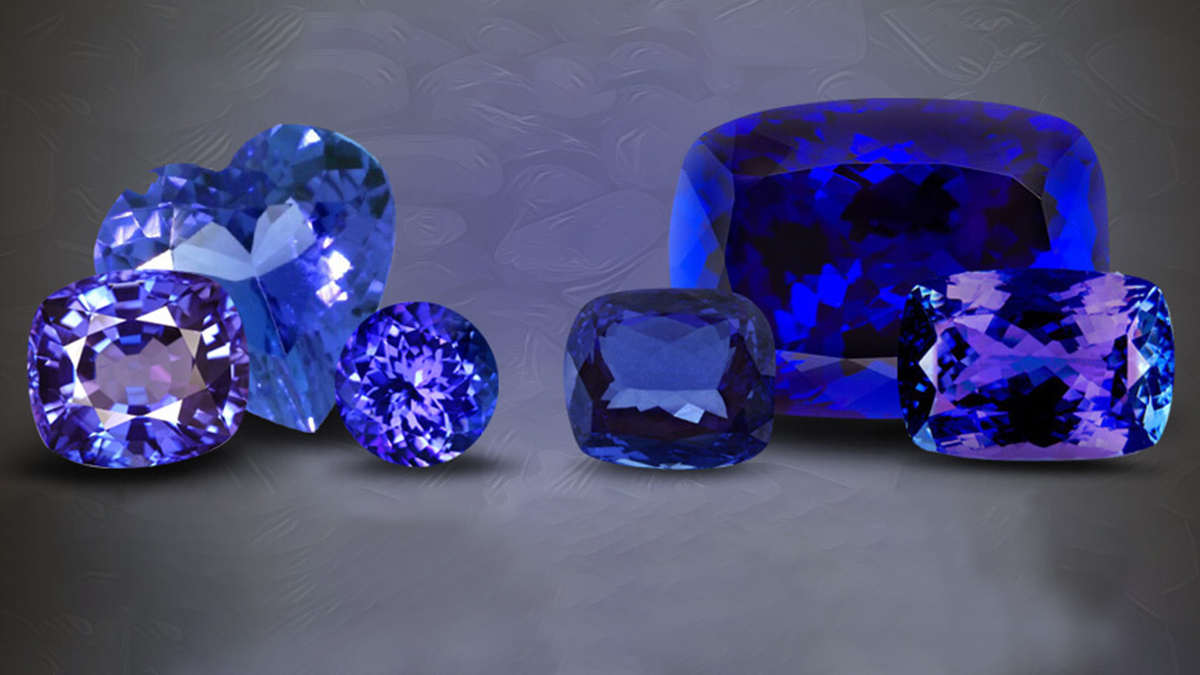 Birthstone Month :
Tanzanite is one of the accepted birthstones for the month of December.

Zodiac :
Tanzanite does not have any strong affiliations with any particular zodiac sign.

Chemical Make-up :
Tanzanite is a member of the Zoisite family of minerals and is therefore made up of Calcium Aluminum Silicate Hydroxide.

History & Lore :
The name for the gemstone known as Tanzanite is taken from it’s place of origin, the country of Tanzania.

Tanzanite is a very young gemstone in terms of when it was discovered. Tanzanite’s discovery did not occur until 1967, and is widely attributed to a Portuguese geologist named Manuel D’Souza who had traveled to Tanzania with the intention of prospecting for Rubies. It is said that when he reached Tanzania he was led to deposits of this wonderful gemstone why Masai Tribesmen.

Practically the only widely accepted tale regarding Tanzanite relates to how it was found. It is believed that Tanzanite was in fact originally discovered by Masai cattle- herders who noticed that previously brown crystals has been turned blue after having exposed ti intense heat brought about by ravaging fires and lightning strikes on the flat and insular mountains surrounding Mount Kilimanjaro.

Whilst there is very little in the way of lore surrounding Tanzanite, very likely due to its relatively recent discovery, it does have a special meaning to the Masai Tribesmen who discovered it. The Masai’s believe that Tanzanite is the stone of birth, and it is for this reason that they frequently gift their wives with Tanzanite gemstones following the birth of their first child

Availability :
There is real concern regarding the long-term future of the Tanzanite gemstone and already demand outstrips supply. An additional factor is that due to the single location of the occurrence of this gem, there may realistically be as little as ten years of mining production before the supply of all jewelry grade Tanzanites has been depleted.

Sources :
Whilst from time to time reports of new discoveries of Tanzanite surface, the only widely accepted genuine deposits of Tanzanite is the five square mile hilltop at Merelani, relatively close to Tanzania’s international airport, and a few isolated deposits in Kenya.

Evaluation :
Tanzanite is rated at 6.5 – 7.0 on the Moh’s Scale of Hardness and is therefore considered suitable for all jewelry applications and durable enough for everyday wear, although some care should be taken. Whilst most people know Tanzanite as a blue gemstone, it is also found in shades of brown, gray, green and purple. Probably the most predominant factor explaining the high demand for this gemstone is that Tanzanite is a stone that exhibits beautiful color changes, and depending upon the angle that it is viewed at it most commonly exhibits changes between reddish- purple, blue and deep purple colors, with the most desired and therefore the most valuable color being blue.

Currently Tanzanite is a relatively inexpensive gemstone. Having said this, the prices of Tanzanite fluctuates wildly and overall prices per carat of good, gem quality Tanzanite have more than doubled over the last two years. Taking this into account the fact that there is only a finite amount of Tanzanite available, this gemstone represents a real opportunity for investment. It is predicted that prices will continue to rise and that these rises will likely be very steep once the known deposits have been depleted, which may well occur at some point within the next ten years.

Common Cuts :
Tanzanite gems are most commonly, although by no means exclusively, fashioned into Oval and Cushion cuts. All accepted gem cuts are however available.

Routine Enhancements :
In it’s natural form, Tanzanite is most commonly a dull brown color. However, when heated to around 600 degrees celcius an amazing transformation occurs and the gem changes color to a vibrant blue or purple color.

Care & Cleaning :
As with may gemstones, it is best to clean Tanzanite with warm, soapy water. Ultrasonic ans steam cleaning cleaning devices should be avoided, as should exposure to acids or prolonged exposure to extremes of heat as this may cause the gem to shatter.

When storing your Tanzanite jewelry do so away from harder gemstones that may scratch the softer Tanzanite.