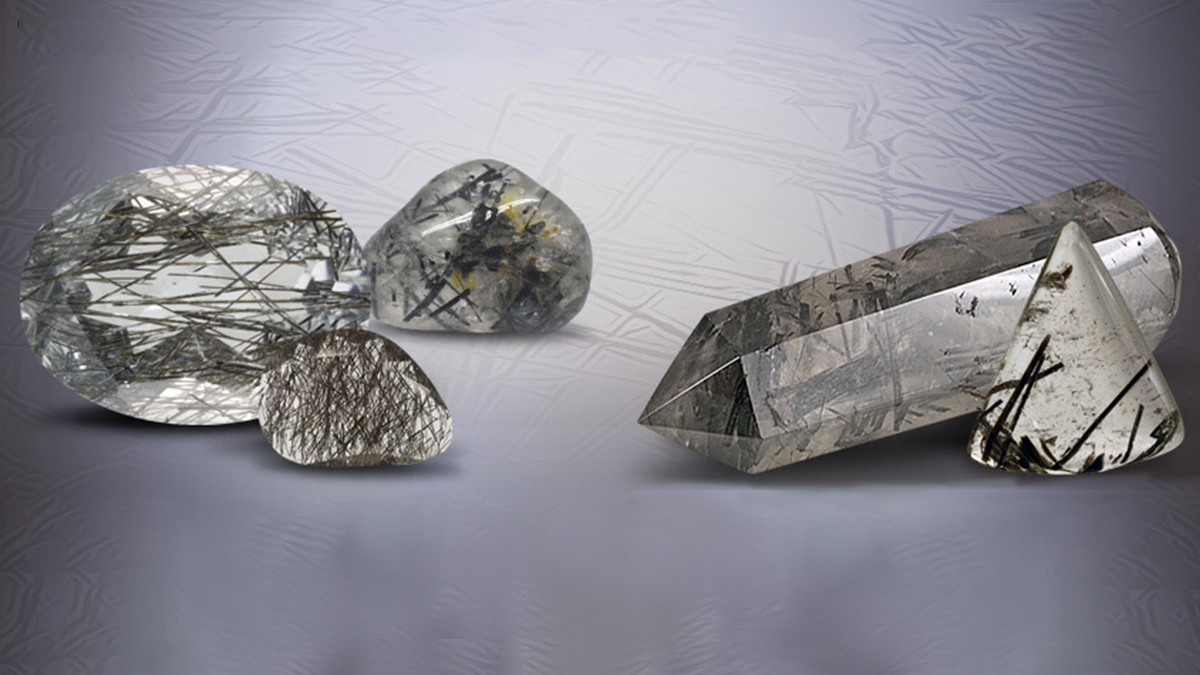 Birthstone Month:
Tourmalinated Quartz is not associated with any particular birthstone month.

Zodiac:
Tourmalinated Quartz is not associated with any particular zodiac sign.

Chemical Make-up:
Tourmalinated Quartz is a Silicon Dioxide and a macrocrystalline variety of Quartz that contains black or dark green Tourmaline needles.

Tourmalinated Quartz is believed to be a strong energy deflector that will protect the wearer from negative emotions and thoughts. In addition to this, it is thought to be a grounding stone and can aid in balancing the body and mind.

Sources:
Though Tourmalinated Quartz can be found in most of the major gem producing nations, today the vast majority is mined in Minas Gerais, Brazil.

There are several closely related Quartz varieties that go through a similar formation process, with the needles of Tourmaline being replaced with different impurities. These include Rutilated Quartz, Grass/Actinolite Quartz, and Dendritic Quartz.

Common Cuts:
Though Tourmalinated Quartz can be cut into most of the common gemstone cuts/shapes, it is most often cut into cabochons as this cut best displays the Tourmaline needles. It is also occasionally used for carvings / sculptures.

Routine Enhancements:
There are no known enhancements for Tourmalinated Quartz.