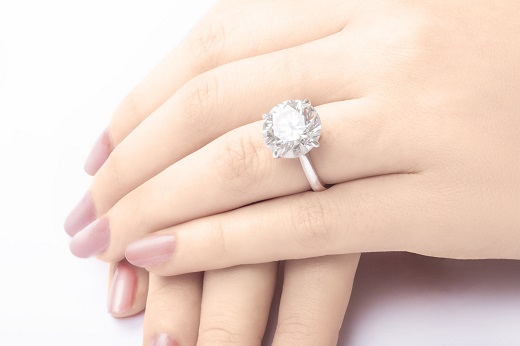 RAPAPORT… The companies behind WD Lab Grown Diamonds have filed three lawsuits against competitors, accusing them of infringing patents for diamond synthesis and treatment.

One of the complaints targets Pure Grown Diamonds (PGD) and IIa Technologies, which produces CVD goods for PGD. A second filing is against Mahendra Brothers, a De Beers sightholder, and its affiliate, Fenix Diamonds. The third suit takes aim at Altr, another lab-grown supplier, and its owner, R.A. Riam.

Carnegie invented and patented a version of CVD, known as microwave-plasma CVD (MPCVD), that can create a purer diamond because it doesn’t involve electrodes, which often contaminate the product, according to the lawsuits. It also patented a method for enhancing a stone’s visual characteristics through heat treatment at high pressure and temperature. M7D holds the license to both patents, the three similar lawsuits continued.

WD and Carnegie have invested significantly in technology and production, helping to increase the profile and overall

quality of lab-grown diamonds in the industry, said Sue Rechner, CEO of WD, in a statement to Rapaport News.“The decision to start litigation is not one taken lightly, but in this instance, it is important to maintain the integrity and quality of the lab-grown diamond industry, and ensure that competitors compete fairly and equitably,” she added. “It is not WD’s ultimate
goal to fundamentally disrupt the supply of diamonds in this industry, but rather to ensure that quality and integrity are the pillars of this industry — which will ensure that the upward trajectory of this technology that WD has helped create and foster will be maintained.”Carnegie and M7D are seeking damages and a judgment declaring that the six companies violated their patents. Those companies were not available for comment Sunday. Image: A 9.04-carat round brilliant produced by WD Lab Grown Diamonds in 2018 using chemical vapor deposition. (WD Lab Grown Diamonds)