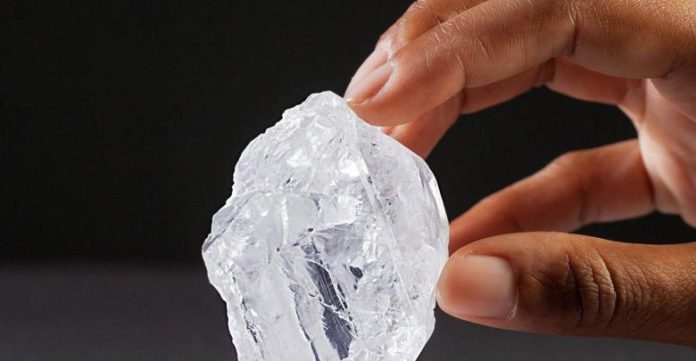 (Mining Index) – THE most valuable diamonds that fetch the highest price on the international market have reportedly been discovered at the Zimbabwe Consolidated Diamond Company (ZCDC) mining operations in Chiadzwa, sources close to Mining Index revealed. Colourless diamonds D, E and F are rare in nature and they only make up less than one percent of the world’s supply of diamonds. Diamond Colour Scale“They (ZCDC) have started unearthing the most expensive diamonds in Chiadzwa, the ones with the highest quality. But that has not yet been publicised,” revealed a source who spoke on condition of anonymity.

The reports come a year after ZCDC commenced conglomerate mining following the near depletion of alluvial diamonds at the Chiadzwa diamond fields which witnessed a US$100 million conglomerate diamond plant commissioned in December 2018 with a capacity of 450 tonnes per hour. Sources say the discovery of these valuable gems has been kept from public domain, only benefiting a few individuals within government for personal gain, peddling corruption in the mining sector. “I heard the rumours.

It’s about the gem quality. You know the clear, glass like diamonds. I also hear they (ZCDC) are also producing the purple diamonds DMC (Diamond Mining Company) used to produce. Those ones are very expensive but you will never find them at the MMCZ (Minerals Marketing Corporation of Zimbabwe) auctions,” reiterated another source who operates in the Zimbabwean diamond industry. Colour has a huge impact on the value of the diamond. The colourless family of diamonds are the rarest and most valuable quality graded with a D status. The D grade represents a diamond with completely no colour with a cool, white and icy appearance. While the purest and whitest colour diamonds are the hardest to find in nature, they are the most sought after and by far the most expensive diamonds.

A third source also commented saying ZCDC started mining these valuable stones mid last year. “Yes I have seen them. They are there. They are blasting and nearby houses are cracking because they are now going deeper. They were discovered mid last year.” He further revealed that diamonds are being stolen and not benefiting the country. This magnificent 118.28ct white oval diamond was discovered at a mine in an undisclosed southern African country in 2011, it weighed 299ct in its rough form before being cut. The diamond, described by Sotheby’s as “the largest D colour flawless diamond”, has been given the highest quality rating awarded by the Gemological Institute of America.

It broke a world record when it fetched more than $30million at Sotheby’s auction in Hong Kong on 7 October 2013, making it the most expensive white diamond sold at auction.“Diamonds in Marange are being stolen because there is no proper security. Illegal diamond miners are there and remain a menace. But they are not as violent as artisanal miners in the gold sector.” Zimbabwe’s notoriously shadowy diamond sector has been saddled with a history of bad governance, missing revenues and shady operators, linked to the alleged US$15 billion missing diamond revenue.

If diamond revenue is properly accounted for, the discovery of grade D diamonds means Zimbabwe’s diamond industry will rake in more foreign currency, a development that will see the diamond sector contributing more towards achievement of the ambitious US$12 billion mining target set for 2023. Another source, a Zimbabwean based in German also confirmed availability of D colour diamonds at Chiadzwa Diamond Fields, but was not aware whether they have been auctioned or not. “Yes. We know that. Our diamonds are special. They are quoted because they were mineralised during the Gondwanaland era when the world was one. During the separation, you have volcanic activity, that’s why they were quoted like that. The Botswana formation and the Ranch River are white because they came after there was no tectonic activity to colour them.

We don’t know whether they have been auctioned yet, but they are there,” he said. When asked about the discovery of the D colour diamonds at Chiadzwa, one diamond expert based in Botswana commented; “There are two distinct diamond qualities at ZCDC portals. About 90 percent are coarse, with average quality diamonds resembling rounded like pebbles with a spectrum of colours ranging from dark green to dark brown and black,” “Only a small fraction approximately 10 percent is near gem and gem quality diamonds with mostly greenish and brownish colours. Close to half of Marange diamonds are larger than 8mm, 43 percent between 5.6mm and 8mm and the rest being smaller than 8mm. As of 2018-19 they have higher values of about $150 per carat.” When contacted for comment, neither ZCDC Public Relations Manager Sugar Chagonda nor the Acting CEO Roberto de Pretto commented.

Roberto de Pretto was last week quoted saying ZCDC aims to double output to more than three million carats this year after the company’s output tumbled to 1,6 million carats last year down from 2,8 million  achieved in 2018. At its peak in 2012, Zimbabwe produced 12 million carats. ZCDC conducted its first diamond auction in February 2018 which raked US$829 067 after the state owned entity had temporarily exited the market to allow for the development and implementation of an effective diamond value management framework and establishment of a robust marketing and sales strategy.