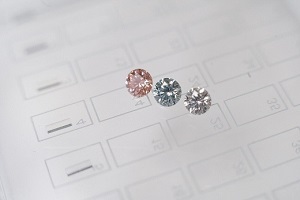 A court has awarded a limited victory to De Beers’ synthetic-diamond production unit in a patent dispute with Singapore-based grower IIa Technologies.

“We will continue to be vigilant for any other potential infringement of our [intellectual-property] rights around the globe,” Element Six CEO Walter Hühn said in a statement Friday. “We will defend our rights vigorously — just as any company would — because protecting our ability to get a full return on our investment in [research and development] is vital to our future.”

UK-based Element Six produces synthetic diamonds for De Beers’ lab-grown jewelry brand, Lightbox, and supplies diamond material for industrial and technological uses. The patent it successfully defended, SG 872, was relevant to optical applications such as infrared spectroscopy and high-power laser optics, as well as to the creation of stones for jewelry, De Beers explained.

“IIa Technologies has developed its proprietary process in the last 15 years, and is proud of the work we have done to bring lab-grown diamonds to the world,” Vishal Mehta, IIa’s CEO, said in a separate statement. “The current judgment will be considered in its entirety, and then the company will take necessary steps to protect its interests.”

The lawsuit, which Element Six filed in 2016, comes amid heightened patent-related legal activity in the synthetic-diamond sector. Last month, WD Lab Grown Diamonds sued six companies — including IIa and PGD — accusing them of infringing its patents for synthesis and treatment.