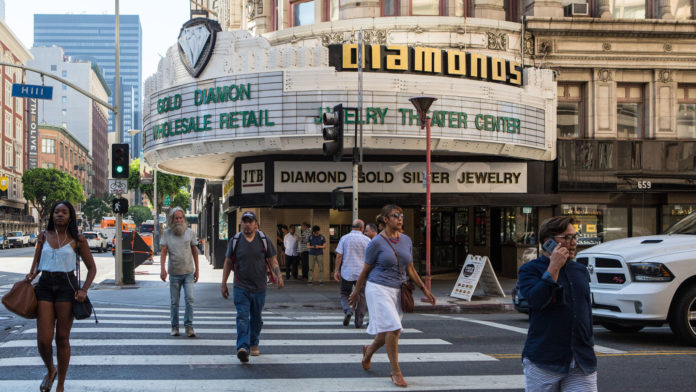 Retailers globally, including some jewellery stores, have closed their stores in bid to slow the spread of Covid-19.

In Western Europe, the US, Australia and New Zealand, athletic giant Nike has shut all of its stores effective from today (March 16) until March 27.

Fashion retailers Anthropologie and Urban Outfitters have also shut their global stores with Anthropologie stores due to remain closed until at least March 28.

Both Anthropologie and Urban Outfitters have confirmed that store workers will be paid for missed shifts as a result of the closures.

Young fashion retailers Abercrombie & Fitch, Hollister, and Gilly Hicks has temporarily shuttered all of its stores outside of the Asia-Pacific region.

Tech giant Apple announced on March 14 that it will close all stores outside of greater China until at least March 27.

When it comes to jewelry retailers specifically, the Danish brand by Biehl took to LinkedIn yesterday (March 15) to announce that it would close its two by Biehl stores, located in Denmark, for at least the next two weeks.

The brand’s founder Charlotte Biehl Laursen explained: “Now we have made the hard decision to close our two flagship stores for the next two weeks to take care of our employees and our customers by mitigating the spread of Coronavirus.

“We know this decision will hurt us financially in the short term, but we believe that the public health is more important. We are following the situation closely and hope that country soon gets back to a situation where we can reopen the stores.”

While most UK jewellers remain open at this stage, some contacted by Retail Jeweller have spoken of a marked decline in footfall as customers stayed home over the weekend, avoiding town centres.

One retailer said: “It [Coronavirus] is definitely hitting the high streets and we have seen a noticeable drop in footfall as the news of the virus has got worse.”

Another retailer said it was now looking at other ways to connect with its customers such as via social media, WhatsApp messaging and phone calls.