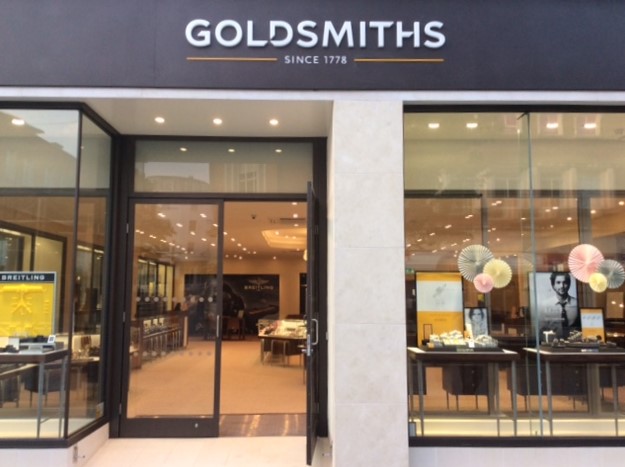 A raft of independent jewellers have made the difficult decision to close their physical stores temporarily in light of the Covid-19 outbreak.

Although prime minister Boris Johnson did not include retail in his instructions for mandatory closures on Friday evening (March 20), which extended to bars, clubs, cafes, restaurants, theatres and gyms, many retailers have nonetheless made the difficult decision to shutter their stores for the time being.
Some closed their doors on Saturday after trading, while others have said they will shut at the close of business today.

Among those who have announced their temporary closures on social media are Drakes Jewellers in Plymouth, which closed at 6pm on Saturday; EC One in London is also now closed but, is still taking pre-arranged appointments and web sales; In the Pink Jewellery based in Cleethorpes closed as of 5.30pm on Saturday; G Tydeman Jewellers in Ipswich will close at the end of the day today (March 23); Fitzgeralds Jewellers in Canterbury is now closed and Hugh Rice Jewellers, based in Yorkshire, closed all of its stores at the end of the day on Saturday.
In a statement published on Instagram on March 21, Hugh Rice Jewellers said: “Given the recent Government announcements and efforts to help slow the Covid-19 outbreak, we’ve decided to close all our Hugh Rice stores at the close of business today.

“At present, our website hughrice.co.uk is still fully operational and we will do our best to meet your needs. Please be assured the website and despatch departments follow strict hygiene practices, to help control the spread.”

Other independent retail businesses to have announced closures, or intentions to close today, include Banks Lyon Jewellers in the North West which closed its Kendal store on Saturday and will be following suit with its Lancaster flagship later today; Burrells has closed all of its stores although it is still operating online; premium independent David M Robinson will shut all of its branches at the end of the day today (March 23) and Last Night I Dreamt Jewellers in Nottingham closed on Saturday.

A statement issued by David M Robinson said: “It is with a heavy heart we have decided to close DMR’s four UK showrooms on Monday March 23 at 4pm. This decision has been taken in line with other retailers to ensure the safety and wellbeing of the DMR community.
“We will be taking this opportunity to develop the content you see from our social media channels with the help of our expert teams. A number of our sales ambassadors will be moving their experience online, joining forces to take over our platforms during this time, as well as introducing new podcasts and opportunities for you to connect with the DMR story.”

Additionally Wave, with stores in Manchester and Kendal, is now closed but, continues to operate online as well as via telephone consultation, as does Sarah Layton Jewellers in Whalley, Lancashire, which despite closing the doors of its physical store, is still available online and via telephone and WhatsApp, Jack Murphy Jewellers in Newry, Northern Ireland closed on Saturday and Swansea-based Stephen Hughes will close its doors later today.
These are just some of the businesses which Retail Jeweller knows to have closed or have plans to close later today, and there are likely to be many more than this, with others expected to follow suit later on this week.
On Friday (March 20) Chancellor Rishi Sunak announced further measures to help retail businesses during this time.