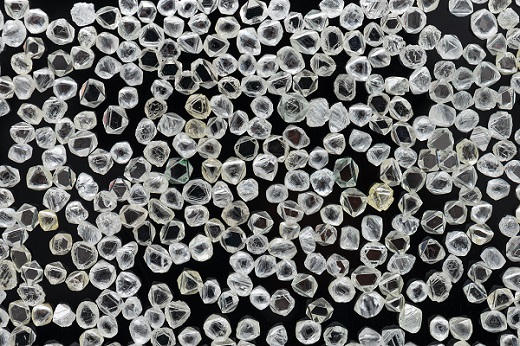 The Kimberley Process (KP) is trialing the use of digital certificates for rough-diamond shipments, claiming the method will increase efficiency and reduce fraud.

Russia, which is chairing the global certification scheme this year, will test the idea with exports to select countries, a spokesperson for the country’s KP operation told Rapaport News. Participating nations will identify officials whose electronic signatures will be valid for confirming a KP certificate’s legitimacy. The exporting and importing countries will then exchange these unique codes to confirm that someone in authority has approved the document.

“Digital data exchange will significantly increase the efficiency of export [and] import operations, as well as speed up the statistics exchange between KP participants,” the spokesperson said in a recent email.

At present, someone from a national authority must physically sign a paper certificate — declaring that the diamonds meet the KP’s conflict-free requirements — before the export can take place. A digital version is better because the code is assigned to a specific representative of an authoritative body, and cannot be forged, the spokesperson explained.

Ultimately, Russia wants to replace paper certificates with QR codes on packaging, enabling importers to check that the certificate matches the contents of the parcels, he said. It will try out those codes this year as part of its pilot, running them in parallel with paper documentation, which will remain compulsory for exporters for the time being.

While Russia was already working on the proposal before the coronavirus crisis, the need for digitization has come under focus in recent weeks due to the outbreak, with around a third of the world — including Russia — estimated to be on lockdown. Rethinking the current system is, therefore, an “urgent” part of Russia’s plans for the KP, the spokesperson added.

The topic is likely to be on the agenda at the virtual KP intersessional meeting in June, noted Elodie Daguzan, executive director of the World Diamond Council (WDC), which represents the industry at the KP. That would give countries time to formulate recommendations that the organization can adopt at the KP plenary currently scheduled to take place in Saint Petersburg from November 16 to 20.

“The Russian proposal is definitely an interesting one that will be evaluated in detail by the different KP bodies involved,” Daguzan said. “In this context, we also need to study what levels of digitalization can reasonably be achieved by all KP participants, and at what cost.”

Alexey Moiseev, Russia’s deputy finance minister, is chairing the KP this year. The leadership switches each year, with Botswana due to take over in 2021.