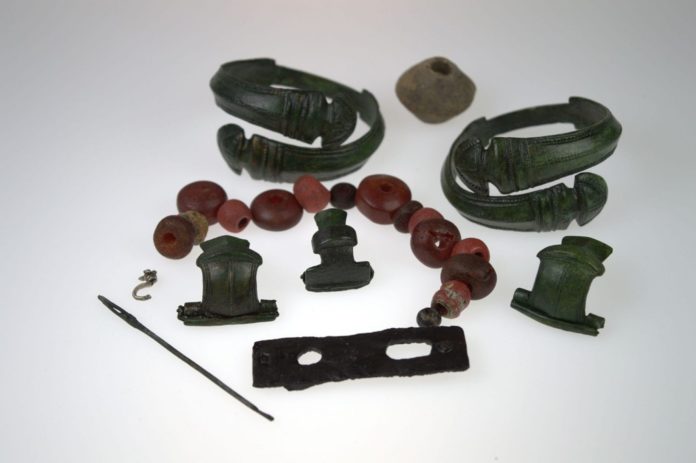 Jewellery made of precious metals and alloys, made 2,000 years ago by the Goths living in present-day Poland, were of a quality comparable to that of the Roman Empire, says a leading archaeologist.

Dr. Magdalena Natuniewicz-Sekuła from Warsaw’s Institute of Archaeology and Ethnology at the Polish Academy of Sciences analysed ornaments and jewellery found in a 1st-4th century cemetery in the village of Weklice near Elbląg.

Associated with Goths and Gepids (an East Germanic tribe who lived in the area of modern Romania, Hungary and Serbia), archaeologists have discovered approximately 600 different types of burials, and found over 3,500 objects made of metals, amber, glass, clay and organic materials.

Natuniewicz-Sekuła said: “It turned out that the silver ornaments – clasps, bracelets and parts of the outfit – were made of a very high-quality metal, the fineness of which even exceeded the composition of currently produced jewellery. They are very pure and very valuable alloys.”

In terms of silver content, she found that whereas silver ornaments produced today contain around 92.5% pure silver, in the case of most of the artefacts examined, the fineness was much higher reaching as much as 97-99%.

Ornaments made of gold were of equally high quality and were made with very refined methods including granulation, filigree and fire gilding.

Natuniewicz-Sekuła said: “Taking into account the quality of the alloy and the methods used in making products, it should be emphasized that jewellery today doesn’t follow the same practice as its far too expensive to replicate for modern markets.”

Natuniewicz-Sekuła added: “These methods were similar in quality to products made within the borders of the Roman Empire. So we have more proof that calling the peoples living outside the Empire “barbaric” or less advanced is not justified.”

The ore from which the ornaments were smelt could have come from melted down Roman dishes or coins, but in the case of coins it is known that the silver contained in them was often of a lower fineness, in the 80-85% range, and the fineness of decorations made locally was much higher.

Another possibility is that bullion bars were imported from the Roman Empire despite the prohibition in force.

Natuniewicz-Sekuła said: “Whether that was the case, we have yet to identify a well-preserved Goth goldsmith’s workshop with a full set of tools in Poland.”

Teal Sapphires: Wear a piece of the Ocean & the Forest at once

From carats to peanuts: how a pandemic upended the global diamond industry 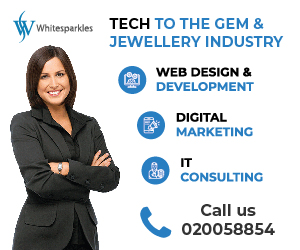 Gemstones KaratTalk - October 20, 2020 0
Chinese enterprises should consider plowing their investment in Zambia’s vast gemstone and emerald sector which was yearning for more investment, an industry...