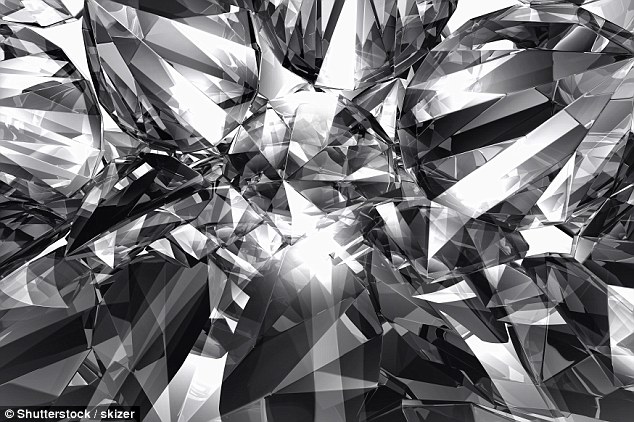 Diamonds may decorate some of the most coveted pieces of bling, but these precious stones could have more practical (though admittedly less sparkly) uses one day: The jewels could be used as a way to store vast amounts of data using atom-size flaws ordered in 3D arrays, according to a new study.

For decades, artificially grown diamonds, which are as hard as their gem-quality counterparts, have been used in industrial drills and saws and in durable coatings for biomedical implants.

Recently, scientists have explored creating defects in diamonds for potential use in quantum computers. Previous research suggests such machines could carry out more calculations in an instant than there are atoms in the universe.

Now, in a new study, scientists said these defects in diamonds could help store information, much like how microscopic pits in CDs and DVDs help encode bits of data.

“We are the first group to demonstrate the possibility of using diamond as a platform for the superdense memory storage,” said study lead author Siddharth Dhomkar, a physicist at the City College of New York.

The researchers experimented with diamonds whose crystals contained a number of holes where carbon atoms should be. These imperfections are known as nitrogen vacancy centers, because nitrogen atoms are located near the holes, or vacancies.

The defects usually held electrons instead of carbon atoms, giving the features a negative electrical charge. However, the researchers could give these defects a neutral charge by shining lasers on them. The change from negative to neutral altered how the defects behaved after they absorbed light: They went from fluorescing brightly to staying dark, the researchers said. This change is reversible, long-lasting and not disrupted by weak levels of illumination, the researchers added.

The findings suggest that diamonds could encode data in the form of negatively and neutrally charged defects, which lasers can read, write, erase and rewrite, the scientists said.

In principle, Dhomkar said, each bit of data could be stored in a spot on the diamond only a few nanometers, or billionths of a meter, wide. This is much smaller than any similar features used in data storage, and could give rise to superdense computer memories, he said.

However, the researchers currently have no way to read or write data encoded using such tiny features. As such, “the smallest bit size that we have achieved is comparable to a state-of-the-art DVD,” Dhomkar told Live Science.

The researchers did show they could encode data in 3D — that is, as stacks of 2D images.

“One can enhance storage capacity dramatically by utilizing the third dimension,” Dhomkar said. The researchers’ 3D data-storage technique could lead to a diamond-based storage disk that can store 100 times more data than a typical DVD, Dhomkar said.

In the future, Dhomkar and his colleagues will explore ways to read and write data from nano-size bits on diamond crystals, he said. “The storage density of such an optimized diamond chip would then be far greater than [that of] a conventional hard disk drive,” he said.

The scientists detailed their findings online today (Oct. 26) in the journal Science Advances.