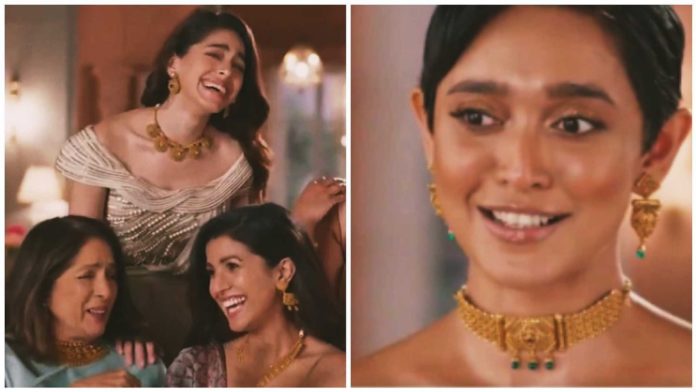 Seems like woes of jewellery brand Tanishq are not getting over anytime soon. After the recent controversy over the interfaith marriage ad, the brand was targeted again over its new Diwali commercial.

In the commercial, the actresses talk about how they would celebrate Diwali this year. They shared their Diwali plans like spending time with family, eating sweats and wearing jewellery and cloths.

Sharing her plans, Sayani Gupta says, “I am hoping to be able to meet my mum after really long. Definitely no firecrackers, I don’t think anyone should light any firecrackers. But a lot of diyas, a lot of laughter hopefully and a lot of positivity.”

The mention of firecrackers, however, did not go well with many netizens. BJP National General Secretary from Karnataka CT Ravi slammed the jewellery brand and wrote, “Why should anyone advice Hindus how to celebrate our festivals? Companies must focus on selling their products, not lecture us to refrain from bursting crackers. We will light lamps, distribute sweets and burst green crackers. Please join us. You will understand Ekatvam.”

Earlier, Tanishq had withdrawn its ‘Ekatvam’ advertisement campaign after being trolled by Twitter users, who attacked it for glorifying ‘love jihad’, a derogatory term used by Hindu fundamentalists to refer to inter-faith marriages.

The 45-second clip featured a Muslim family celebrating a traditional South Indian baby shower ceremony for their pregnant daughter-in-law. The campaign attracted heavy backlash from various accounts on Twitter, many of whose users used the hashtag “#BoycottTanishq”.