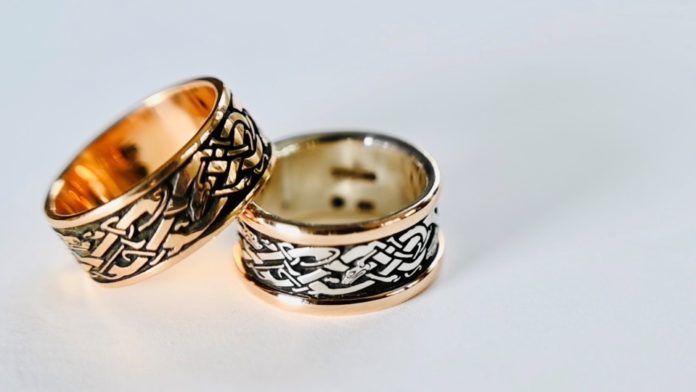 OTTAWA — For more than four decades, John Urban has been designing and handcrafting breathtaking jewellery.

These days, however, John’s hands are idle. His studio on the banks of the Gatineau River, near Low, Que. is quiet.

The pandemic and the high price of gold are a powerful one-two combination, knocking out Urban’s business. Since the onset of COVID-19, the Brennan’s Hill jeweler has made just two sales.

“Fifty per cent of my sales used be in earrings. Now, these things totally conflict with wearing earrings,” he says as he holds up a mask and points to its straps. “I haven’t sold a single earring, or even had an enquiry since March.”

Urban was born in St. Paul, Minnesota. After graduating from McGill University in Montreal in the late 1960s, he returned to the US and joined the Peace Corps, with plans to work in the Philippines.

“And then I got drafted to fight in Vietnam. So, I moved back to Montreal. I am very fortunate. I sensed that I should not go into the army and it might have saved my life,” he said.

“And from sculpture, I started making jewellery. I only had one lesson.”

Urban is best known for his Celtic jewellery; his striking rings and custom wedding bands are a favourite of clients.

“In the beginning I was the king of Celtic jewellery. I devised a way to create intricate designs that other jewellers didn’t know about. For years, nobody could match me. I was pumping out rings all the time,” Urban said.

The high cost of gold on the world market has also affected Urban’s business. Its price has gone up, so his sales have gone down.

So, Urban has come up with plan to resuscitate sales. He’s asking customers to bring him their old, unwanted gold jewellery so he can make them something new at half the price.

“A lot of people have a handful of old rings, necklaces, single earrings that they’re not wearing. If you provide the gold, just pay me 50 per cent of my labour. They get a good deal and they get the original gold molecules in their new piece of jewellery.”

While awaiting orders, Urban’s hands are busy tending to other precious gems in his home—a large collection of butterflies and moths that he’s amassed since childhood.

“Butterflies and moths are nature’s jewels and I think I got a lot of my own sense of colour and design by studying their organic shapes and forms,” he said.

Urban has preserved more than 400 winged beauties; most of them showcased in glass covered boxes. He’s hoping to find a new home for his collection.

“What I would want for the entire collection is $12,500 and if I can’t get it, the priority is donating it to some place that will respect them and preserve them,” he said.

“I want to sell the entire collection as one unit, if possible. If I can’t do that, I’ll sell the boxes individually.”

Meanwhile, Urban, like the rest of the world, is awaiting the day when he can return to doing what he loves on a regular basis, until a ripe old age.

“I’m a jeweller and it’s the one thing in life I can do really well. I enjoy making pretty things.”

You can find out more about John Urban’s unique jewellery at www.jurbanrings.com