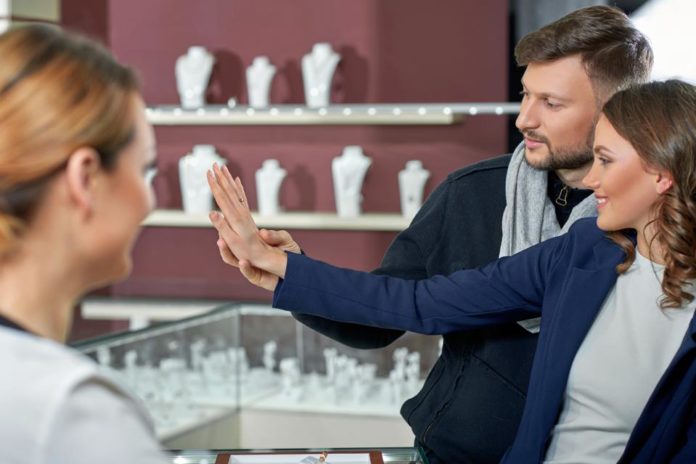 In a global market transformed by COVID-19, the lab-grown and mined diamond industries have called a truce as they now face a common enemy: declining consumer demand.

Specifically, across the world, marriage rates – the bread and butter of the diamond industry – have been declining with the U.S. hitting its all-time low in 2018, the latest year for reporting.

And more generally, jewelry is one of the categories consumers say they will give up first, according to an April 2020 McKinsey global survey.

Even before COVID-19 hit, Bain and Company was predicting that diamond jewelry was headed for a rough patch.

In its most recent Global Diamond Industry Report, conducted in association with the Antwerp World Diamond Centre and released in November 2019, Bain forecast U.S. diamond jewelry sales to decline by 2% and China’s by 5%, the world’s two largest markets for diamond jewelry.

And it predicted more troubles looming in 2020 because of “continued geopolitical instability, strong signs of an impending recession and limited marketing support, especially for nonbranded and lower-end jewelry.”

Now, with the benefit of hindsight, don’t we wish these were the only troubles the diamond jewelry industry faced?

Enter COVID-19 and the jewelry market in general and diamond jewelry in particular face unprecedented challenges. The data to date proves it.

But with no reporting since then, there is no way of knowing how far jewelry retail sales have fallen from the $11.6 billion it garnered through the first five months of last year.

The Bureau of Economic Analysis gives a wider view of U.S. consumers’ jewelry purchases in its monthly personal consumption expenditures report (NIPA 2.4.5U). Tracking jewelry consumption across all retail channels, spending on jewelry was down 19%, comparing January through May 2020 to same period 2019.

This paints a grim picture of how consumers perceive jewelry purchases in a world turned upside down by the coronavirus pandemic.

Seeing the writing on the wall, the two competing sources of diamonds – the established mined diamond and upstart lab-grown factions –have effectively set aside their previous squabbles and decided it was time to learn how to peaceably coexist.

“They’re trying to be much more conciliatory now,” says Marty Hurwitz, cofounder of MVI Marketing, which specializes in research for the jewelry industry.

“The ‘mining guys’ seem to be less confrontational in terms of their marketing, which I think is great. It’s a big category where we all could be nicer to each other.” The ‘mining guys’ he refers to are the old Diamond Producers Association, which recently changed its name to the Natural Diamond Council.

Mined diamonds find a new way to tell their story

Since 2004 when lab-grown diamonds emerged as a major competitor, consumer awareness of lab-growns as a real alternative to mined diamonds has grown from under 10% to 60% in 2019, according to MVI’s research.

Confronting competition in a market it owned for years, the mined diamond industry pushed back hard against lab-growns’ incursion into their space.

“The mined diamonds folks have tried hard to do their best, no pun intended, to undermine lab-growns,” says Marc Friedant, CEO of Los Angeles-based Robbins Brothers jewelers, a regional chain with 15 stores, that sells both lab-grown and mined diamonds to a primarily engagement market.

Its first shot across the bow was the formation of the Diamond Producers Association (DPA) in 2015, organized by seven of the largest mining companies, including De Beers. Up until that time, De Beers had supported the entire industry with its generic advertising campaigns, but then shifted toward promotion of its own Forevermark brand.

The DPA took over to promote the industry and launched its “Real Is Rare. Real is a Diamond” campaign, with the implied implication that lab-growns are not “real.”

That positioning was effectively nullified in July 2018 when the Federal Trade Commission issued new guidelines for the industry that ruled lab-grown diamonds are indeed real, being of the exact chemical and physical qualities as a diamond produced in the earth through natural processes.

Going back to the drawing board, the DPA launched a new campaign this June positioning mined diamonds as the “natural” alternative and at the same time, changed its name from the Diamond Producers Association to the Natural Diamond Council (NDC). The new name for the group was smart, since the term “producer” could be confused with producers of man-made diamonds.

With the change, the NDC redefined its role as a content-provider and doubled down on digital platforms to communicate its “Only Natural Diamonds” message starting with a new website as its “educational hub.”

While the timing of this rebrand and new campaign launch was not ideal, it puts the mined-diamond interests in a better position to tell their story and make the choice between natural versus man-made diamonds clearer in the consumer’s mind.

And in the post-coronavirus market, the natural positioning gives the category a halo in keeping with the interests and desires of today’s consumers.

“Natural diamonds differentiate from other gemstones by the long-lasting values that have always been inherent in them. These values are even more important as we emerge from a global crisis,” said David Kellie, CEO of the Natural Diamond Council, in an email statement.

Kellie joined the then-DPA in December 2019 after 14 years with Ralph Lauren as senior vice president of global marketing and advertising. It’s unknown how long the natural diamond positioning was in the works, but it has the feel of a master marketer behind it.

Early signs are this new strategy is starting to resonate. “We’ve already seen greater demand for natural diamond jewelry through this time, and we anticipate this to build through the holiday season,” he continued. “Our aim is to support brick-and-mortar retailers to benefit from the significant growth in the category.”

Lab-growns give consumers another choice

Now that the mining interests have found a clear and precise message that differentiates its choice from laboratory-produced diamonds and doesn’t undercut or denigrate the emerging category, the entire jewelry industry will benefit from this new spirit of détente.

“While in the past, we have seen the disparaging and discrediting of lab-grown diamonds, that tactic really didn’t work for anyone,” says Richard Garard, secretary general for the International Grown Diamond Industry (IGDA), the lab-grown equivalent of the NDC.

“From the mined industry not acknowledging lab-grown diamonds as ‘diamond,’ to the FTC revisions that made amply clear that there was no scientific difference between the two diamonds except their origins, lab-grown diamonds have finally arrived,” he continues.

Jewelers across the country are welcoming the change of tone, as more and major jewelers have happily and profitably sold natural and lab-growns side-by-side for years. That includes Signet, with over 3,000 stores, including Kays, Zales, and Jared; North Carolina-based Reeds Jewelers, with over 75 stores in thirteen states; and Berkshire-Hathaway BRK.B -0.3%’s Helzberg Diamonds, with 210 stores.

With diamonds in its name, Helzberg is relieved to see hostilities between the two camps lifted. It’s carried lab-growns since 2017, including its private label Light Heart brand.

“We believe adjusting its positioning is a positive move for the DPA, now Natural Diamond Council,” says Beryl Raff, chairman and CEO of Helzberg. “We look forward to its positive impact on the natural diamond business,” implying that this part of the business may need a little bolstering. The new natural positioning may just give it.

Raff acknowledges that, “A natural diamond is a choice people often make for its rarity and uniqueness,” but lab-grown diamonds have an added appeal for many customers: more bang for their buck.

“A lab-grown diamond is a choice that provides exceptional value, allowing the engagement proposer to increase the size and quality of the stone while staying within their budget,” she says.

Or as MVI’s Hurwitz plainly puts it, “For the same price as a one-carat mined diamond, you can get a carat and a third lab-grown of the exact same quality. That’s a pretty compelling story to tell consumers.”

A rising tide lifts all boats

Giving customers a choice with reliable, honest, and authoritative information about both real diamond options will benefit all players in the diamond business and the jewelry industry as a whole.

“The diamond industry is changing slowly and steadily,” IGDA’s Garard explains. “We see FTC’s revision to its jewelry guide, along with prominent mined industry brands launching lab-grown diamonds as a big positive.”

De Beers is the most prominent mined industry company that has found a way to make peace between the natural and man-made alternative with its colored-diamond lab-grown Lightbox brand.

“Marketing of diamonds, both mined and lab-grown, has definitely seen a shift and continues to steer in a direction that is more millennial-friendly,” he concludes.

And that is the only way the diamond industry, both natural and man-made, can prosper in a market radically changed by the global pandemic that threatens the livelihood of the entire jewelry industry.