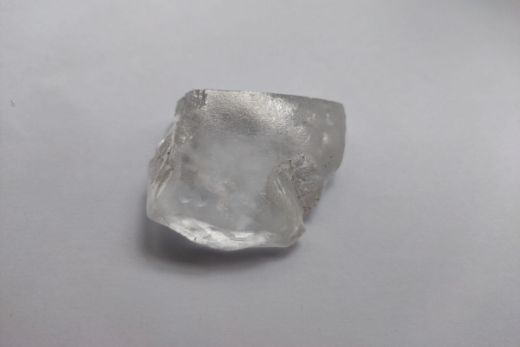 The tender included about 382,000 carats of rough mined during the first fiscal half that ended December 31. Those stones yielded $30.5 million.

“The improvement in the market…is very encouraging, and will provide some support as we look to optimize the value of our asset base,” said Petra CEO Richard Duffy.

However, revenue for the July-to-December period fell 8% to $178.1 million, while sales volume slipped 1.8% to $1.7 million carats. The sale of a collection of five blue diamonds for $40.4 million during the six months could not fully offset the weak pricing in the market.

Production slid 16% to 1.7 million carats, primarily due to the closure of the company’s Williamson mine in Tanzania during the period. In South Africa, increased production at the Cullinan deposit made up for a drop in levels at the Finsch site.

The company’s net debt increased to $695.5 million as of December 31, compared to $687.8 million on September 30. In October, Petra signed over majority ownership in the company to its lenders in exchange for a reduction of that debt.

The miner intends to sell a 299-carat, type IIa, high-quality diamond recovered from Cullinan in January at its February tender. The stone is the third-largest high-quality white diamond recovered at the site since Petra acquired it in 2008, surpassed only by the 507-carat Cullinan Heritage and the 424-carat Legacy of the Cullinan Diamond Mine, it noted.

Petra is concerned about the resurgence of Covid-19 in many countries, which it believes will affect sales in the second half. Due to that uncertainty, the miner is withholding its production guidance for fiscal 2021, it added.