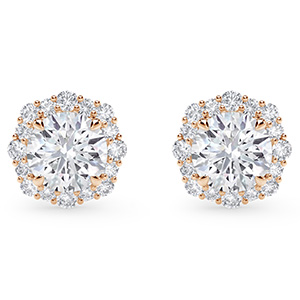 Milllenials and Generation Zconsumers still have a taste for diamond jewelry, says a new survey from the Natural Diamond Council.

– Given an unlimited amount of money to spend, younger consumers said they would choose to purchase or receive diamond jewelry second only to vacations—which represents a particular opportunity now that people are not taking vacations.

Among the most cited reasons for wanting natural diamonds: they are “one of a kind” (cited by 70%) and are symbols of love and connection.

– Some 37% of respondents said they plan to buy fine jewelry in the next 12 months and 27% expect to receive it. About 20% of these people say they will either definitely or probably purchase natural diamond jewelry in the next year, and 12% plan to give it as a gift.

– Around half of all jewelry purchasers over the last 24 months have acquired natural diamond jewelry.

– Women’s key reasons for buying diamonds include design, which was cited by 51% (meaning they found a piece they really loved); the ability to be worn every day, cited by 49%; and long-term style and value (46%).

– Key reasons for gifting diamond jewelry included its long-term value (45%); the fact that it can be worn every day (39%); the design, meaning it’s “a piece that the recipient would love” (40%); and the fact that they consider diamond jewelry a perfect symbol of love for someone else (33%).

The Natural Diamond Council was formerly named the Diamond Producers Association, but was renamed last year.