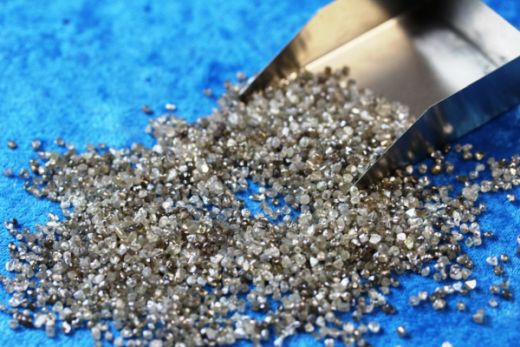 RAPAPORT… Several small-scale diamond miners have resumed operations after shutting down during the pandemic, offering another signal that the rough market has recovered from last year’s lows.

Diamcor Mining revived operations at its Krone-Endora at Venetia tailings project in South Africa, having placed the program on care and maintenance in March when Covid-19 spread.

The company sold 667 carats of rough from the plant for $79,000 shortly after mining resumed. The average price of $118 per carat was slightly above the $112 per carat garnered at a previous sale in July. However, its most recent tender of 1,453 carats brought in $266,705, at an average price of $184 per carat, the company reported Monday.

Diamcor will hold a tender of a further 2,055 carats in Dubai in February, it noted. The miner also plans to ramp up output beginning next month.

“These diamonds were sold along with our other production, through [the first tender] that we have participated in since the advent of Covid-19,” BlueRock executive chairman Mike Houston said Tuesday. “The general results of the tender were very positive and support the recent industry news suggesting that diamonds prices are recovering well.”

Meanwhile, Dominion Diamond Mines, which owns larger operations, is close to resuming business at its Ekati mine after a 10-month pause, local media in Canada reported. The company recently penned a deal for bondholders to take control of its operations. It is now in the process of hiring and recalling workers ahead of restarting the mine, a spokesperson told Cabin Radio.

Latest News jenny_jtc - April 29, 2022 0
Over the centuries, gold has proven to be a top asset for governments, countries and individuals wanting to preserve their wealth and use it...

Latest News jenny_jtc - March 11, 2022 0
RAPAPORT... India’s diamond trade is likely to see a slowdown in sales in the coming months as a result of the Russia crisis,...