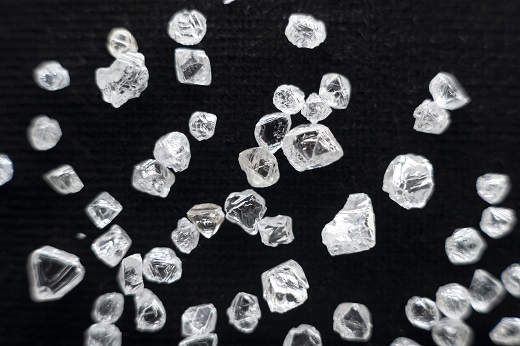 RAPAPORT… De Beers has reduced its 2021 production plan for a second time, citing operational issues at mines, even as diamond demand looks strong at the start of the year.

“Ongoing operational challenges” and lower production from the final cut at the Venetia open-pit mine in South Africa contributed to the drop, it said. The demand environment did not impact the change, a spokesperson pointed out.

The production guidance is now 2 million carats below the level De Beers had been predicting in early December. In the middle of that month, the company reduced its 2021 plan from its previous outlook of 34 million to 36 million carats, saying it wanted to avoid flooding the market with goods.

However, Anglo American painted an upbeat picture of the diamond market on Thursday, noting that demand had been robust late last year and that the momentum had continued into January. De Beers’ sales volume fell 1% year on year to 6.9 million carats in the fourth quarter — a far gentler decline than the miner had experienced earlier in the year.

“As we begin 2021, we are continuing to see positive demand for rough diamonds, supported by consumer demand for diamond jewelry in the holiday selling season,” said Mark Cutifani, Anglo American’s CEO. “While it is still too early to signal a strong and sustained recovery, the resilience in demand in spite of ongoing Covid-19 impacts is very encouraging.”

Fourth-quarter production went down 14% to 6.7 million carats as De Beers continued to restrict output in response to the lower demand resulting from the Covid-19 pandemic, it said. It also cited operational challenges at the Orapa mine in Botswana that led to lower-than-expected production.

“Whilst these [challenges] were partly due to difficulties restarting the [Orapa] plant after a planned shutdown in November that have largely been resolved, there is a risk of further challenges in 2021,” a De Beers spokesperson explained.

Sales for the full year slid 27% to 22.7 million carats, with the average price slipping 3% to $133 per carat. Rough prices dropped 10% on a like-for-like basis versus 2020, reflecting price decreases at the August and September sights. Production for the year dropped 18% to 25.1 million carats.

Update, January 28, 2021: Additional commentary from a De Beers spokesperson has been added to this article.