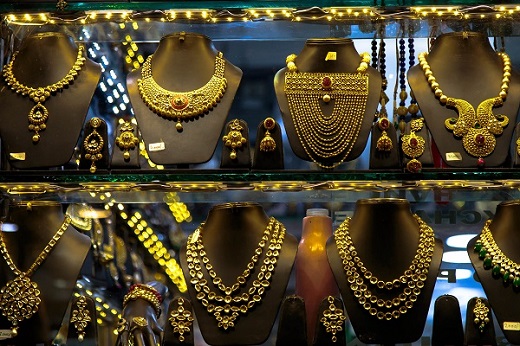 RAPAPORT… The Indian government has reduced import duties for key precious metals and clarified that rough-diamond purchases are exempt from a new e-commerce tax, drawing praise from jewelry-trade leaders.

Customs duties on gold and silver will decrease to 7.5% from the previous rate of 12.5%, Finance Minister Nirmala Sitharaman announced Monday in the country’s annual budget. The government also lowered import taxes on platinum, palladium and similar materials to 10%, down from 12.5%.

Higher duties had hampered the nation’s jewelry industry, resulting in Indians moving to other centers such as Dubai and Hong Kong to do business, explained Colin Shah, chairman of the Gem & Jewellery Export Promotion Council (GJEPC).

“The reduction in import duty…will help the gem and jewelry exports become globally competitive,” he said.

Ashish Pethe, chairman of the All India Gem and Jewellery Domestic Council (GJC), said the move would “provide immense relief to jewelers and end consumers.”

The changes, which will go into effect on Tuesday, follow months of campaigning by the GJEPC and other organizations. However, one of the important tax cuts the council had called for — on polished-diamond imports — did not occur, with the government maintaining the current rate of 7.5% for both natural and lab-grown goods.

Sitharaman also confirmed that a 2% equalization levy on e-commerce sales did not apply to business-to-business purchases of rough diamonds via international auctions, the GJEPC noted.

This had been a sticking point for the trade last year, as the new tax — designed to target foreign e-tailers — had created uncertainty amid increased demand for online auctions and tenders during the pandemic. Petra Diamonds temporarily added a 2% surcharge for Indian auction customers in August, citing a lack of clarity over whether the levy applied to sales through its online bidding platform.

“This will help our manufacturers of diamonds to buy directly from miners,” Shah added.

Other adjustments include an increase in import duty on cubic zirconia and polished synthetic gemstones — excluding lab-grown diamonds — to 15% from its earlier rate of 10% “to encourage domestic processing,” the government said.

The levy on imports of silver doré bar, a semi-pure alloy, will drop to 6.1% from 11%, while import duty on gold and silver findings — small components such as clasps — will be 10%, rather than the previous rate of 20%. For precious-metal coins, the rate will fall to 10% from 12.5%.