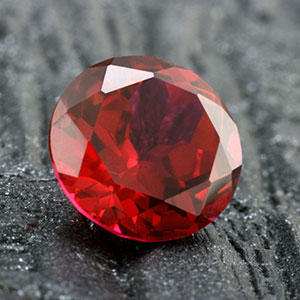 A White House statement said the three companies were “wholly owned subsidiaries of a conglomerate owned or controlled by” the country’s military.

At press time, it wasn’t clear how the ban targeting these three companies would affect the overall market for ruby and jade from Myanmar.

“From first glance, it looks like the sanctions are strictly targeting gem and mining companies with direct ties to the military, so it may not cover everything that is coming out of the country,” says Sara Yood, senior counsel at the Jewelers Vigilance Committee (JVC).

“Today’s action by the U.S. government should not be surprising to anyone who has been paying attention to the situation in Myanmar,”  she adds. “My guess is that this is simply the first step and that further restriction could be forthcoming. At the moment, JVC would suggest that those dealing in the trade of Burmese gemstones research these names and entities, and immediately cease dealing with them if they are currently doing so.”

U.S. citizens and companies are not allowed to deal with any company on the OFAC list, and OFAC-sanctioned companies are prohibited from doing business in the United States.

This is not the first time gems from the country have attracted controversy.

The JADE Act, which banned the import of rubies and jade from Myanmar, was signed into law by President George W. Bush in 2008. The Obama administration lifted the sanctions against the country’s gems in 2016.

The Trump administration reimposed some of the sanctions against Myanmar in 2018, amid reports of ethnic cleansing against the country’s Muslim population.

Now, the Biden administration looks like it will be the fourth in a row to issue sanctions targeting the country.

“The Feb. 1 coup was a direct assault on Burma’s transition to democracy and the rule of law,” said Treasury Secretary Janet L. Yellen in a statement. “The Treasury Department stands with the people of Burma—and we are doing what we must to help them in their effort to secure freedom and democracy.”

“We are also prepared to take additional action should Burma’s military not change course. If there is more violence against peaceful protestors, the Burmese military will find that today’s sanctions are just the first.”