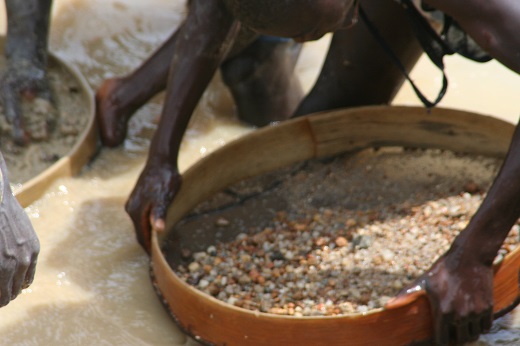 RAPAPORT… The discussion surrounding conflict diamonds has evolved. Frustrated by the failure of the Kimberley Process (KP) to address today’s broader ethical challenges, the trade has developed several programs to compensate. Groups such as the Responsible Jewellery Council (RJC) and private entities have systems in place to assure buyers that their diamonds can be fully accounted for, have done no harm and have, in fact, uplifted communities along the way.

The KP’s function should not be entirely dismissed, even if its mandate is limited to the 2003 definition of a conflict diamond: one that funds a rebel movement engaged in a civil war. Such occurrences are still a concern. Just last month, the World Diamond Council (WDC) — which represents the industry at the KP — urged diligence in handling rough from the Central African Republic (CAR), amid reports that its capital city of Bangui had come under fire from rebel fighters.

While less than 1% of global production is classified as conflict diamonds under the official definition, the industry cannot rest on its laurels. The Kimberley Process Civil Society Coalition launched a campaign in February claiming that tens of thousands of people from diamond-mining communities continue to live with conflict. The coalition has released an eight-minute video titled “We Need to Talk About Diamonds,” following the stories of three individuals who have suffered horrific abuses at mining sites. It is hosting a webinar on March 16 to further the discussion.

The KP does not consider human-rights abuses, child labor or poor working conditions, and it overlooks the actions of rogue governments and companies. It needs to broaden its definition of conflict diamonds to include those elements. Meanwhile, there is concern that the industry’s source-verification initiatives are creating a hierarchy — rewarding companies with the means to trace their diamonds, and leaving behind the many small businesses and vulnerable trade members that lack such resources.

We need to understand their plight better to effect positive change. We need to recognize those diamonds — and entities — that may yet tarnish our hard-won improved reputation. Let’s join the conversation at www.kpcivilsociety.org.

This article was first published in the March 2021 issue of Rapaport Magazine.