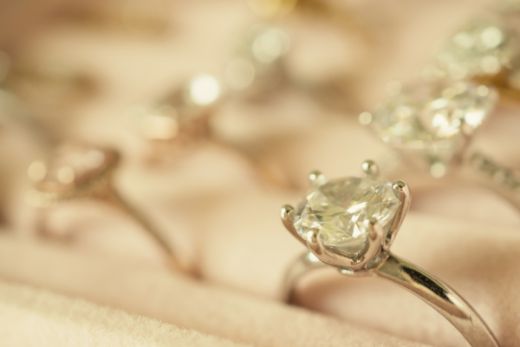 RAPAPORT… Many jewelers rely on “tried and true” methods of advertising, blasting consumers with the ideal of a happy couple: A man spots a gorgeous woman across the room and can’t take his eyes off her; their love grows, and he proposes with a beautiful, sparkling engagement ring. The idea behind this is to suggest that you, too, can have the romantic fairy tale if you shop with that jeweler. And for many in the target market — women — this is a story that sells.

While such generation-neutral marketing may strike a chord with some shoppers, it doesn’t always sit well with those who want to see brands representing them and their needs.

“I think when you build your advertisements, you need to market to each of the different generations separately, because they are all going to be interested in different things,” says jewelry consultant and author Beth Bernstein. “For instance, if you were to consider a celebrity endorsement, you need to consider that every generation is looking for someone they can relate to. Someone like [actresses] Helen Mirren or Meryl Streep might appeal to the older generation, but the younger ones will likely not even have heard of them. However, you also can’t assume that all millennials and Gen Zs are keeping up with the Kardashians.”

And it’s not just the content you need to consider when reaching out; the way in which you offer that content that can also make a difference.

“There has to be a multichannel approach because of the different generations of consumers you have out there,” notes Megan Crabtree, owner of jewelry consultancy group Crabtree Consulting. “I think every type of generation is going to have a different way you can get to them. There’s not one type of marketing that’s going to work consistently and reach every type of consumer.”

Crabtree points out the radical differences in shopping behavior between baby boomers and millennials or Generation Z. “Through Covid-19, 5% of consumers in the US aged 65 and older bought a product online for the first time. So if your marketing is just an online digital approach, you’re probably not going to get that older consumer, whereas you’ll see the younger generation on their phones every minute of the day.”

Many small and independent jewelers don’t have the money to create four or five different ads targeting multiple generations on multiple channels. However, most brands are not aiming to reach every generation all at once, maintains Laryssa Wirstiuk, founder of jewelry consultancy Joy Joya. In those cases, it would be more beneficial to figure out the age range of your brand’s target market and put most of your dollars into reaching that generation, allocating a smaller budget to the others.

“Millennials and above tend to spend more time on Facebook and Instagram, so you may want to create ads using Facebook business manager and then decide what specific channels you want to show those ads on to reach them,” she explains. “But if you’re targeting Gen Z, it might be a completely different story. You might want to focus your attention more on Snapchat, TikTok or Instagram.”

Most jewelers already have the means to determine what their target generation responds to and where they should focus the bulk of their marketing budgets. They just don’t always pay enough attention to that information, says Crabtree.

“Retailers have already been doing multichannel marketing in local magazines, radio ads, social media,” she says. “Now I think people just have to get smarter, look at the data and the results they’re getting…and dive in on what works and pull back from what doesn’t. Right now, they’re just kind of throwing something at the wall and hoping it sticks.”

It’s been established that older generations tend to prefer print, while younger ones favor social media. But if you’re short on advertising dollars, going back to basics is the best way to reach the largest audience in a single marketing campaign, the experts say.

“One thing retailers have been doing in the past year or two, and I’m pretty sure is going to be a trend moving forward in 2021, is a return to direct mail campaigns,” says Wirstiuk. “It’s a little different and can help you stand out, because a lot of brands aren’t doing that anymore.”

Bernstein also sees the benefits of moving backward to move forward. “Marketing now needs to be more personal, and email campaigns and newsletters are more focused,” she affirms. “Consumers of all generations are more likely to respond to that as a whole than to many other approaches.”

Organic content is often extremely successful for retailers, offers Crabtree. Things like blogs or editorials on store owners in local magazines span the generation gap, she says. “It’s going to tie the strings of the older consumer who appreciates that it’s a family-owned operation, and it’s also going to tie in the younger generation, because they see other older family members have shopped there, and they’ve been in the local community for a long time. I think those types of marketing efforts can reach a pretty versatile demographic.”

While Generation X-ers and baby boomers are used to ads featuring skinny, white females and tall, handsome, white men, younger generations are looking for more diversity, says Crabtree. They want to see ads spotlighting people of different cultures, races and backgrounds, people with disabilities, and people from the LGBTQ community.

“Your content definitely needs to be versatile, as many of the consumers today…are rewarding brands that capture diversity and share their inclusive values,” she notes.

Young people are also less excited about the traditional representation of gifting, unlike those over 50, who grew up with that type of marketing. “They’re not necessarily connecting to a man proposing to a woman, or someone gifting a piece of jewelry,” says Wirstiuk. “They don’t care about that. They care more about the brand. They’re not even necessarily so concerned about the product being sold, they want to feel like they are caught up in something, and to connect with a brand.”

That doesn’t mean you can’t teach an old dog new tricks, the experts say. While some Gen X-ers and baby boomers may be used to more traditional ads, there are plenty who want to see themselves represented.

“Gen X-ers and boomers are sensitive to where diversity feels forced, because they are so used to things being depicted a certain way, but that doesn’t mean you can’t tweak things a bit — go traditional, but upgraded,” suggests Wirstiuk.

Homing in on your moneymakers

While you shouldn’t ignore older clientele — particularly if they’re your bread and butter right now — your main focus should be on younger shoppers, as they will be your biggest moneymakers in the long run. “That’s what Tiffany & Co. is struggling with right now,” says Wirstiuk. “They’re trying to reach younger customers, because eventually the people that have known Tiffany for years will no longer be with us. If you’re a legacy brand, and you want to keep being in business, you have to keep reaching the younger generation. I think [companies] are really making an effort to create campaigns that target younger customers, but is it actually working? I don’t know the answer to that.”

Crabtree agrees that brands should concentrate more on millennials and Gen Z, and not worry as much if older generations don’t respond as well to their marketing efforts. “Your younger generation, while they may not be purchasing the largest items, [are the ones who will] generate new sales in years to come. I’m not saying don’t focus on older generations that may come in to upgrade their rings and spend $50,000, but as a whole, for a healthy business, you need that younger generation to be able to have traffic throughout the life of the business.”

This article was first published in the March 2021 issue of Rapaport Magazine.