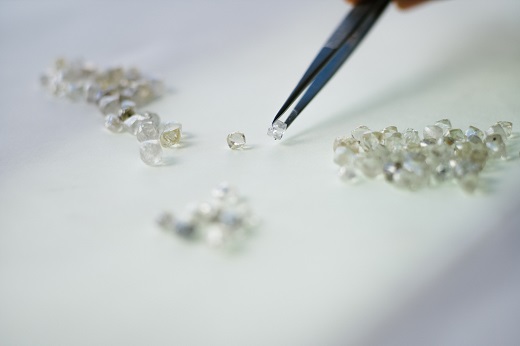 RAPAPORT… Sales momentum continued for the two largest diamond miners in February amid higher rough prices and strong retail demand in the US and China.

De Beers raked in $550 million at its second sales cycle of the year, an increase of 52% versus the equivalent trading session in 2020, it reported Wednesday. Alrosa saw more moderate growth of 7% for a total of $372 million at its February sale, with rough revenue up 5% at $361 million. Polished sales at the Russian miner jumped to $12 million from $4.1 million a year earlier.

The miners increased prices by around 3% to 5% at the sale, reversing some of the price cuts they implemented in the second half of 2020, market insiders said. The improvements also reflected comparisons with last year’s weak February, which was the first month in which the coronavirus heavily affected the rough market.

Both companies’ February 2021 sales were lower than in January, which is usually the largest sight of the year as the industry restocks after the US holidays. De Beers’ revenues from the first two sessions of the year jumped 33% to $1.21 billion, while sales at Alrosa gained 7% to $802 million, according to Rapaport calculations based on the companies’ announcements.

The strong February sales meant that $911 million in rough diamonds from De Beers and Alrosa entered the market for the month, compared with $704.3 million a year earlier. However, industry stock levels are no major cause for concern, the Russian company said.

“We believe the current supply and demand balance is comfortable for both miners and buyers of rough diamonds,” commented Evgeny Agureev, Alrosa’s deputy CEO.