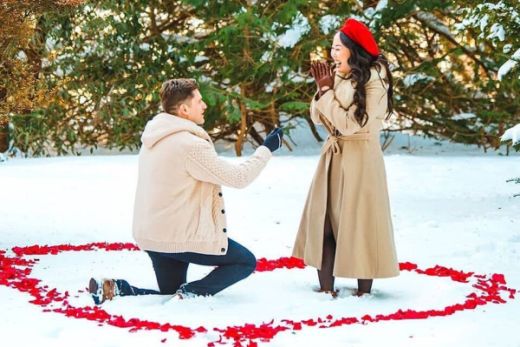 RAPAPORT… Spending on engagement rings in 2020 was only moderately affected by the Covid-19 pandemic as increased disposable income boosted consumers’ budgets, according to a survey by The Knot.

Couples cared most about the style and setting of their engagement ring, followed by the cut or shape, the type of stone, and the metal. The stone’s origin ranked seventh out of the nine categories The Knot asked about. Some 43% of consumers still preferred round diamonds, but the shape is slipping compared to the 52% who bought it in 2017. Oval diamonds were the cut of choice for 15%, while 13% chose princess and 9% opted for cushion.

When it came to the type of stone, 61% preferred white diamonds with side stones or accents, and 25% chose white-diamond solitaires. Precious gems were popular with 10% of couples, with moissanite overtaking sapphires as the top choice for the first time. White gold held its place as the most sought-after ring metal, garnering 48% of the vote versus 61% in 2017. Another 16% picked yellow gold, and 13% each chose rose gold and platinum.

Ring selection continues to be a joint effort for most couples, the Knot said. Some 72% of women were involved in the ring shopping in some way. The survey found that 8% of women were with their partner when the ring was purchased, 23% shopped or looked for rings with their significant other, and 41% hinted at or discussed what type of ring they wanted. Only 28% said the ring was a complete surprise and reported having no involvement in its purchase.

Image: A couple getting engaged. (Custom by Nicole/The Knot)