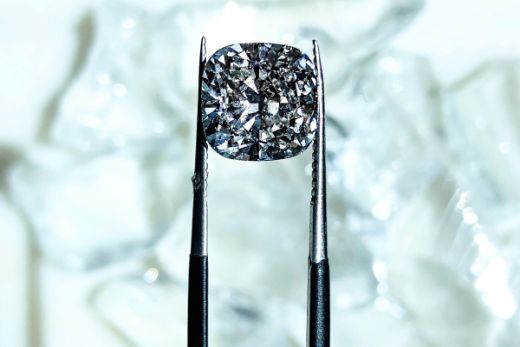 RAPAPORT… Nearly half of US consumers would seriously consider acquiring lab-grown diamonds, believing them to be a fun, fashionable and lower-priced alternative to mined diamonds, according to a De Beers survey.

As lab-grown diamonds become more mainstream, they are increasingly identified with providing “flash for cash,” with 20% of respondents labeling them as fun, compared with 14% in 2019, the survey found. Female self-purchasers are also increasingly embracing synthetics: Some 55% stated they were buying lab-grown jewelry as a gift for themselves.

This outlook aligns with De Beers’s attitude towards lab-grown diamonds. The company launched its Lightbox Jewelry line in 2018, as a lower-priced fashion-diamond alternative.

About two-thirds of fine-jewelry consumers said they were aware of lab-grown diamonds, yet respondents viewed synthetics differently than mined diamonds. When asked how they identified both lab-grown and natural in certain categories, 60% believed natural to be authentic, versus 6% for created diamonds. Meanwhile, 41% said mined diamonds were romantic, compared to 6% for lab-grown. At the same time, 37% stated receiving a natural stone would make them feel special, while only 3% believed the same for synthetics.

Although overall, consumers’ desire for lab-grown as a fashion item grew, they still believed natural diamonds would make a better investment, feeling synthetics would not retain their value over time. Due to that belief, 7 out of 10 surveyed said they would not pay more than $1,000 for a lab-grown diamond.

“Recent lab-grown price falls simply indicate that we are today where others will likely be tomorrow; around or below $1,000, exactly where the consumer wants us to be,” said Steve Coe, CEO of De Beers’ synthetic brand, Lightbox Jewelry.

De Beers surveyed 5,000 US consumers together with 360 Market Reach for its sixth Diamond Insight “Flash” report, which it completed in March.