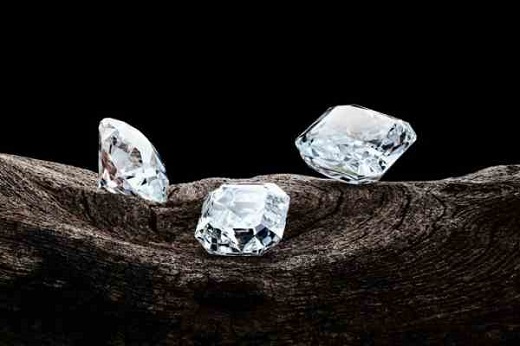 RAPAPORT… An advertising watchdog has urged Diamond Foundry to amend its marketing, claiming that some of its language could mislead consumers about the origins of its lab-grown stones.

The San Francisco-based synthetics producer should stop using potentially confusing terms, disclose more prominently the man-made provenance of its diamonds, and change some of the claims it makes on social media, the National Advertising Division (NAD) said Tuesday. Diamond Foundry agreed to comply.

The NDC challenged some of the material that appeared on the website and social-media accounts of Diamond Foundry and Vrai & Oro, its online retail brand, including in product descriptions at the point of sale. In particular, it pointed out certain social-media advertising that presented its goods simply as “diamonds,” without any accompanying disclosure.

While Diamond Foundry’s general messaging makes it clear that its stones are lab-grown, the NAD took issue with some of the specifics. The company should disclose the man-made origin of its products in a transparent and conspicuous way immediately before the word “diamond,” the NAD concluded. It also recommended that Diamond Foundry present the disclosures in a way that mobile users can see them without having to scroll down.

Additionally, Diamond Foundry’s use of the terms “created diamonds,” “diamonds created aboveground,” “sustainably created” or “sustainably grown,” and “world positive,” do not communicate sufficiently that the diamonds are lab-grown, the NAD elaborated.

The NAD felt that the plain header on the Diamond Foundry website that reads “Real” may be confusing, and said the company should clarify the origin. It also recommended the company discontinue social-media claims that its diamond are “real,” or modify the claims.

“Without context explaining that ‘real’ diamonds are created in a laboratory and not mined, consumers may reasonably take away the unsupported message that Diamond Foundry’s diamonds are mined diamonds,” the NAD said.

However, the organization accepted some of Diamond Foundry’s practices that the NDC had challenged, including using the phrase “Diamond Foundry-created” to identify the origin. The division approved the terminology “diamonds created aboveground” if it appears in a context that makes it obvious that the stones were not mined. It also allowed the company to continue using the phrase “world positive” if it tied it to a specific benefit or feature of Diamond Foundry’s products.

Diamond Foundry said the company was pleased with the NAD’s observation that its website contained a lot of unambiguous messaging. “Out of respect for the self-regulatory process, Diamond Foundry will comply with NAD’s recommendations,” a spokesperson for the company told Rapaport News.

The development comes two years after the US Federal Trade Commission (FTC) wrote to eight synthetics producers, warning them that their marketing flouted its rules. In 2018, the FTC updated its jewelry guidelines to tighten oversight of lab-grown companies’ marketing.

“We are aware of other businesses that are not compliant with the FTC jewelry guides, but we believe that this further clarification from the NAD will prompt those businesses to check that they are clearly disclosing that their diamonds are man-made and we can therefore focus on building a successful diamond industry together,” Kellie added.