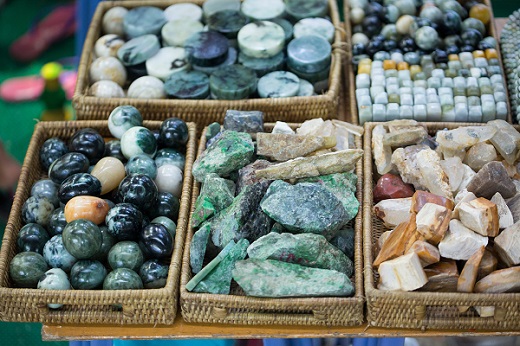 RAPAPORT… The US government has placed sanctions on an important state-owned gemstone company in Myanmar, its latest attempt to deprive the military of funding.

American businesses may no longer transact with Myanma Gems Enterprise (MGE), an entity “responsible for all gemstone activities” in the country, the US Treasury Department said Thursday. A subdivision of Myanmar’s Ministry of Mines, MGE oversees the mining and marketing of jade and other gemstones.

The move follows an army-led coup in the southeast Asian nation — also known as Burma — in February, as well as subsequent demonstrations in which many activists have died. Later in February, the US’s Office of Foreign Assets Control (OFAC) barred three companies: Myanmar Ruby Enterprise, Myanmar Imperial Jade Co., and Cancri (Gems and Jewellery) Co. The addition of MGE to the blacklist blocks all of the company’s property or interests thereof in the US, as well as any entities in which MGE holds at least a 50% stake.

The government is not trying to target the people of Myanmar, it stressed.

“Today’s action highlights [the] Treasury’s commitment to denying the Burmese military sources of funding, including from key state-owned enterprises throughout Burma,” said Andrea Gacki, director of OFAC. “The United States will continue to work tirelessly, including with partners throughout the region and the world, to support the restoration of democracy and rule of law in Burma and to bring accountability to those who seek to undermine these values.”

Image: Jade at a market in Myanmar. (Shutterstock)