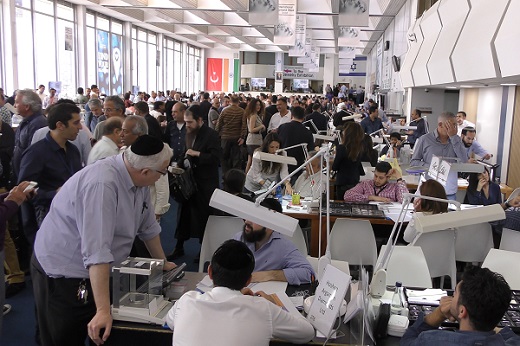 RAPAPORT… Israel’s diamond exports rose sharply in May as the global industry continued to recover and polished prices climbed, according to government data.

Polished shipments after returns more than tripled to $264.2 million from $75 million a year earlier, reflecting a rebound from the 2020 coronavirus crisis, the Ministry of Economy and Industry reported Tuesday.

Israel has almost entirely returned to normal following a successful vaccination drive, enabling the diamond trade to capitalize on buoyant retail demand in the US and China. May “continued the meteoric growth trend that we have witnessed in the Israeli diamond industry in recent months,” said Ophir Gore, the nation’s diamond controller.

“The Israeli diamond industry has many reasons to remain optimistic, among the main ones being the recovery of the global diamond industry, price increases, and the inventory reduction at the major mining companies, especially De Beers and Alrosa,” Gore continued.