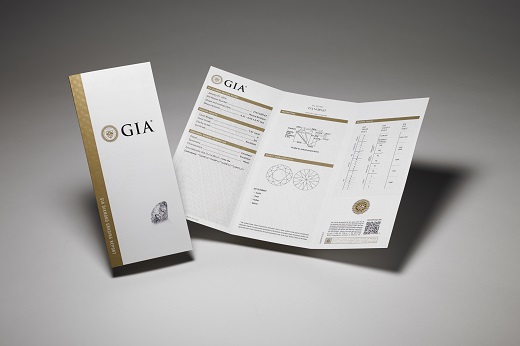 RAPAPORT… A spike in demand for graded diamonds is responsible for the ongoing backlog of goods at the Gemological Institute of America (GIA), the organization explained to Rapaport News.

While government restrictions have curbed business activity in India since a dramatic rise in coronavirus infections there from late March, the GIA stressed it had been working at the maximum allowable capacity to meet demand.

“Across all GIA laboratory locations — not just India — we are experiencing historically high weekly output despite record weekly submissions,” a spokesperson for the group said in an email. “The increase in sales in the US and China are driving much of this demand for GIA reports.”

The significant rise in online sales is also contributing to the surge in demand for GIA services. Such transactions — in which a diamond is typically sold without physical inspection — are dependent on trusted, independent grading reports, the group added.

Manufacturers have ramped up operations since around September last year, with strong rough buying continuing through June. Polishing factories in Surat have continued to function despite the Covid-19 restrictions, as the diamond and jewelry industry was deemed an essential service throughout the second wave. India’s polished exports more than doubled year on year in the first five months of 2021 and were 5% higher than the same period in 2019, according to Rapaport calculations from data published by the Gem & Jewellery Export Promotion Council (GJEPC).

The GIA’s turnaround times remain high, as reflected on its website. Diamond submissions to the lab in Mumbai have a return period of four weeks, while in Surat, which is only taking goods below 1 carat, the turnover is five weeks. The wait is similarly long outside India, with submissions on June 22 to the GIA’s flagship lab in Carlsbad, California, scheduled for return on July 14, and from the New York lab on July 21.

Meanwhile, the GIA says it’s grading more diamonds in India than before the pandemic. The number of stones it has graded in Mumbai and Surat this year, based on a weekly average, is up 37% from 2019 and 31% from 2020. However, the labs’ average weekly intake is 71% higher than in 2019, the institute says, and this makes it hard to catch up.

“In all locations we are working six days a week in multiple shifts,” the group said. “We are grading more stones in Mumbai and Surat every week than in 2019 or 2020, despite increased demand and the restrictions and other challenges posed by the pandemic.”