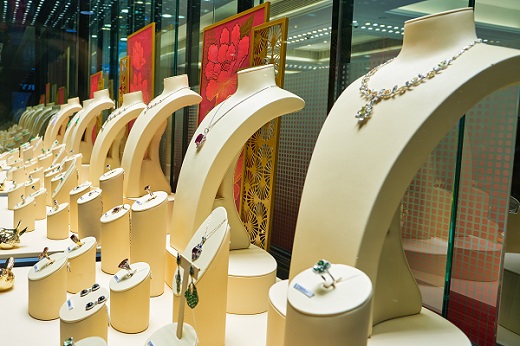 RAPAPORT… Hard-luxury sales in Hong Kong showed only a limited recovery in May as Chinese consumers continued to stay away from the important tourist destination.

Revenue from jewelry, watches, clocks and valuable gifts grew 55% year on year to HKD 3.11 billion ($400.3 million), but was still 53% lower than in the same month of 2019, the municipality’s Census and Statistics Department reported Wednesday. Sales across all retail categories increased 10.5% year on year to HKD 29.59 billion ($3.81 billion), and were down 26% from two years earlier.

Covid-19 has hit the territory’s luxury market hard, as the hub is highly reliant on spending by overseas visitors. The number of tourists entering Hong Kong from the mainland — a key source of revenue — fell 94% to 2.7 million in 2020, and declined a further 99% year on year to 19,612 in the first five months of 2021.

“Retail sales volume increased further in May on a year-on-year basis,” a government spokesperson said. “However, it remained far below the pre-pandemic level, as inbound tourism remained frozen amid travel restrictions worldwide.”

The imminent launch of the consumption voucher scheme — a program to stimulate spending by offering citizens electronic vouchers worth HKD 5,000 ($644) — should support local sentiment, the government noted. Still, “the near-term operating environment of the retail sector will remain challenging in the lack of visitor spending,” the spokesperson added.