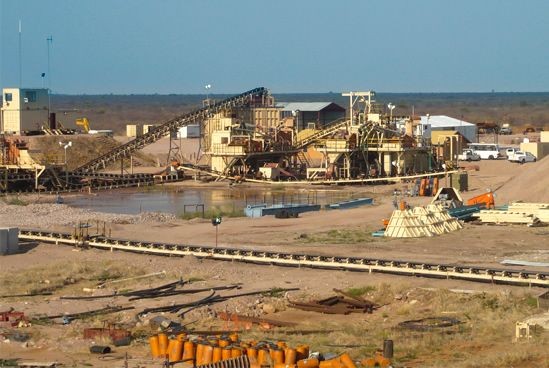 RAPAPORT… Firestone Diamonds will sell its Botswana operations for $50,000 after trying to offload the asset for nearly six years.

The agreement is Firestone’s third attempt at selling the Botswana business, which it valued at $10.7 million at the end of 2014. It embarked on a sale to Tango Mining, now Southstone Minerals, in 2015 for $8 million. That deal fell through a year later after several delays, as Tango failed to raise the necessary funding.

The miner took its second stab at selling the operation in 2017, when it offered the project to a joint venture comprising ex-De Beers CEO Gareth Penny and manufacturer Diacore Diamond Group for $5.1 million. After a yearlong delay, negotiations collapsed at the end of 2018 when Penny and Diacore declined the option to purchase.

The project has been on care and maintenance since 2012. At that time, its mine plan estimated it still had 1.2 million carats in reserve.

Firestone expects to complete the sale in the fourth quarter of the year.

The company also owns the Liqhobong mine in Lesotho, which it put on hold in March 2020 when diamond demand collapsed due to the coronavirus pandemic. It is currently in talks with its lender to restructure its debt. The miner hopes to resume operations at that site by the end of the year.

Image: The BK11 mine in Botswana. (Firestone Diamonds)