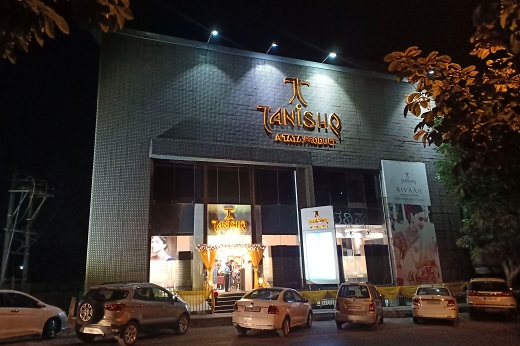 RAPAPORT… Sales at India’s Titan Company jumped in the past fiscal quarter as the jewelry retailer managed to maintain operations during the country’s severe Covid-19 outbreak.

The impact of the outbreak was small until the third week of April, with some stores shutting temporarily, Titan explained. However, most stores closed in May, with the few that didn’t generating “muted” sales, the company added. The retail network was able to reopen in June, but with limited operating hours.

Still, the figures were better than in 2020, when April saw “zero” sales, while most May sales were lost in both years, Titan continued. June 2021 was marginally stronger than June 2020.

Watch revenues soared 280% year on year, reflecting the lack of activity in April 2020. In addition, the department enjoyed a faster recovery than a year earlier, when consumers were more wary about entering physical stores, the company noted.

At present, more than 90% of stores are open, though around a third are shut on weekends in line with local guidelines. All staff members at open stores have received at least one vaccination dose or have recently recovered from Covid-19 and are not due for the jab.

Titan is India’s largest jewelry retailer, encompassing brands such as Tanishq, Zoya and online seller CaratLane. The group is due to release full financial results at a later date.

Image: A  showroom for the Titan-owned Tanishq jewelry brand at Balmatta Road in Mangalore. (Aviator423)