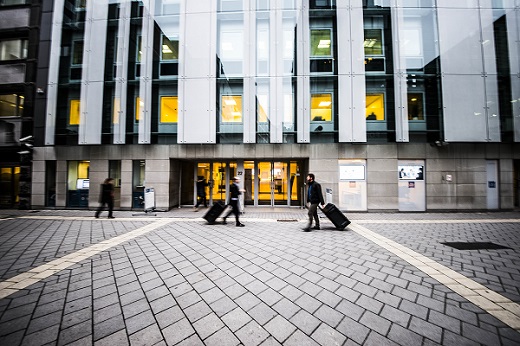 RAPAPORT… Belgium’s polished-diamond exports rose 58% year on year to $739 million in June as the industry continued to recover from last year’s drops.

However, the rebound in polished trading was gentler than in rough, the Antwerp World Diamond Centre (AWDC) said Friday.

“Since the outbreak of the pandemic, there have been no trade shows whatsoever, which traditionally create a lot of movement of polished goods in the industry,” explained Karen Rentmeesters, the AWDC’s senior manager for industry relations. “In addition, the devastating third wave in India in the first half of this year had a major impact on the somewhat slower trend of polished business picking up throughout the global industry.”

Rough imports almost tripled to $1.01 billion, while rough exports more than quadrupled to $1.09 billion, the AWDC’s data showed. Total rough shipments in and out of the country in the first half of 2021 stood at $10.4 billion, some 11% higher than in the same month of 2019.

“Despite the lingering constraints of the pandemic, with second and third waves in many places around the world, Antwerp has proven to be a safe haven for producers to sell their rough,” Rentmeesters continued. “It is no surprise that, while competing hubs were forced to cancel tenders, new supply of rough found its way to Antwerp and continues to be sold here, demonstrated by very strong rough-import figures and a busy market.”

Antwerp hosted more than 75 diamond tenders in the first six months of the year, “boosted by strong rough prices and the city’s unrivaled critical mass of buyers and sellers,” the AWDC added.

About the data: Belgium is usually a net exporter of polished diamonds. As such, net polished exports — representing polished exports minus polished imports — will normally be a positive number. The nation has historically been a net importer of rough, though in recent years, it has often been a net rough exporter. While Antwerp is still home to some high-value manufacturing, its main role in the market is as a facilitator of rough-diamond trading, with companies from around the world coming to the city to buy rough. The net diamond account is total rough and polished exports minus total imports. It is Belgium’s diamond trade balance, and shows the added value the nation creates by exporting rough or manufacturing it into polished.